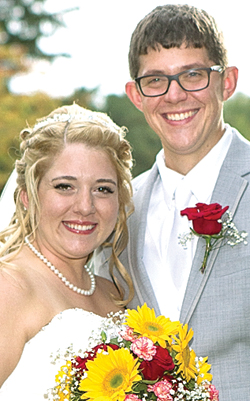 The Rev. Dick Motzing officiated at the ceremony held at Kittanning Country Club, Kittanning, where a reception also was held.

The bride is the daughter of Shirley and Fred Dalton, of Indiana, Pennsylvania. She received a degree in nursing from Westmoreland County Community College, Youngwood, in 2015. She is employed by the University of Pittsburgh Medical Center Presbyterian as a registered nurse.

Maid of honor was Amanda Dalton, sister of the ride.

Best man was Wesley Wollet, brother of the groom.

Following a trip to Aruba, the couple resides in Shelocta.