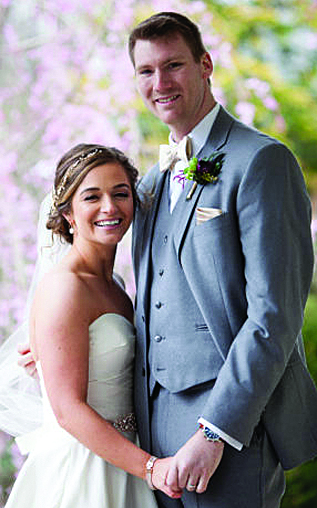 The Rev. Glenn E. McCreary, VE, officiated at the ceremony held at Riverdale Manor, Lancaster, where a reception also was held.

The bride is the daughter of Mr. and Mrs. Ron Lorson, of Hughesville. She graduated from Hughesville High School in 2010 and received a bachelor’s degree in dance education from the University of the Arts, Philadelphia. She is employed by Sesame Street Live as a dancer.

Gamerl is the son of Mr. and Mrs. Jim Gamerl, of Omaha, Nebraska. He graduated from Papillion La Vista High School in 2005 and received a bachelor’s degree in theater performance from the University of Nebraska-Lincoln. He is employed by Sesame Street Live as the crew chief/head carpenter. He served in the Marine Corps from 2005-2011.

Maid of honor was Teresa Wilson.

Matrons of honor were Elizabeth Bower, cousin of the bride, and Emily Hitesman.

The couple honeymooned in Florida.