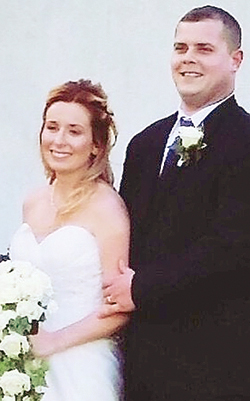 The bride is the daughter of Rebecca and Harold Fleming, of Linden.

Fox is the son of Laurie and Sam Fox, of Pine Creek.

A reception was held at the Elks Lodge, Jersey Shore.

Matron of honor was Marissa Hassinger, of Avis, sister of the bride.

Maid of honor was Taylor Curry, of Jersey Shore.

Ring bearer was Conner Ramirez, cousin of the bride.

Flower girl was Kaylin Hassinger, niece of the bride.

The couple resides in Lock Haven.