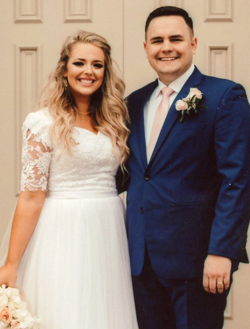 Marie Terry, of Springville, Utah, and Isaac Hoffman, of Williamsport and Utah, were united in marriage on April 25, 2017.

The ceremony was held at The Provo City Center Temple.

The bride is the daughter of Julie and Rob Terry, of Springville, Utah. She is attending Brigham Young University.

The groom is the son of Mrs. and Dr. Michael Hoffman, of Williamsport and Utah. He graduated from Loyalsock Township High School and is attending Brigham Young University.