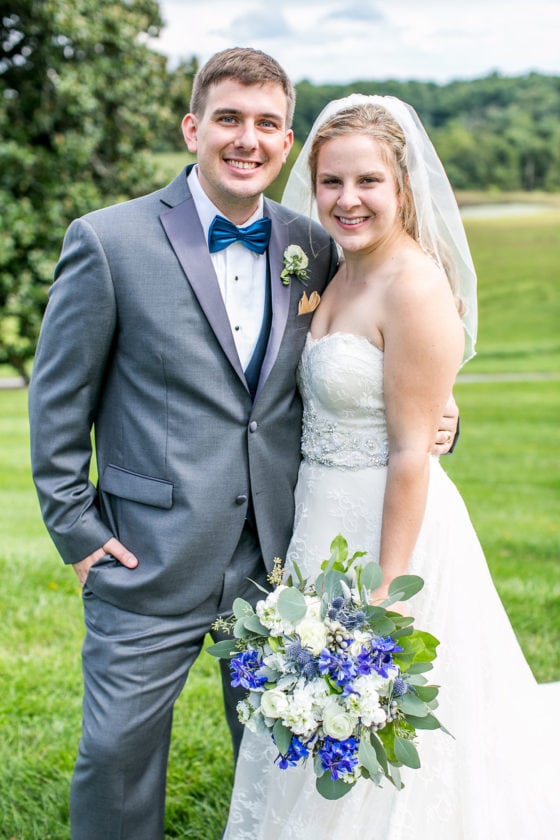 Kimberly Leonard and Shawn Andes were united in marriage on Sept. 3, 2017.

The Rev. Charles Froehlich officiated at the ceremony held at Belmont Manor and Historic Park, Elkridge, Maryland, where a reception also was held.

The groom is the son of Regina and Herbert Andes, of Muncy. He graduated from St. John Neumann Regional Academy in 2005 and received a bachelor’s degree in management information systems from Penn State University in 2008. He received a master’s degree in electrical engineering from the Naval Postgraduate School. He is a Navy veteran. He is employed by Information Technology, Baltimore, Maryland.

Maid of Honor was Rebecca Leonard, of Dix Hills, New York, sister of the bride.

Matron of Honor was Laurie Knauth, of Charlotte, North Carolina, sister of the bride.

Junior bridesmaid was Olivia Knauth, of Charlotte, North Carolina, niece of the bride.

Flower girls were Ava and Lexi Knauth, of Charlotte, North Carolina, niece of the bride.

Best man was Greg Andes, of Fort Lauderdale, Florida, brother of the groom.

Following a trip to eastern Europe, the couple resides in Baltimore, Maryland.