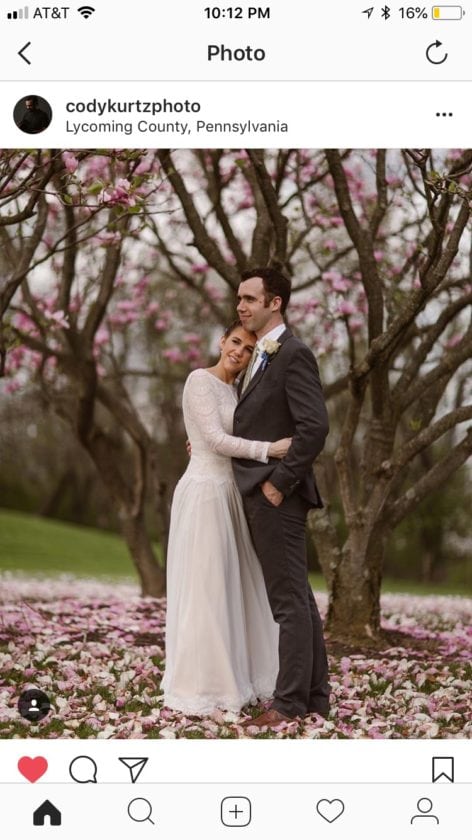 Cassandra Beck and Luke Dincher, both of Williamsport, were united in marriage on May 4, 2018, at 4 p.m.

The bride is the daughter of Christine and Dennis Beck, of Loyalsock. She graduated from Loyalsock High School. She received a bachelor’s degree from Lock Haven University and a master’s degree from Rochester Institute of Technology. She is employed by Eye Center, Allenwood.

The groom is the son of Rose and Chris Dincher, of Williamsport. He graduated from Williamsport Area High School. He is employed by Robert M. Sides as a piano tech.

Matron of honor was Selina Beck.

Following the wedding, a trip to Gettysburg was taken. The couple resides in Williamsport.