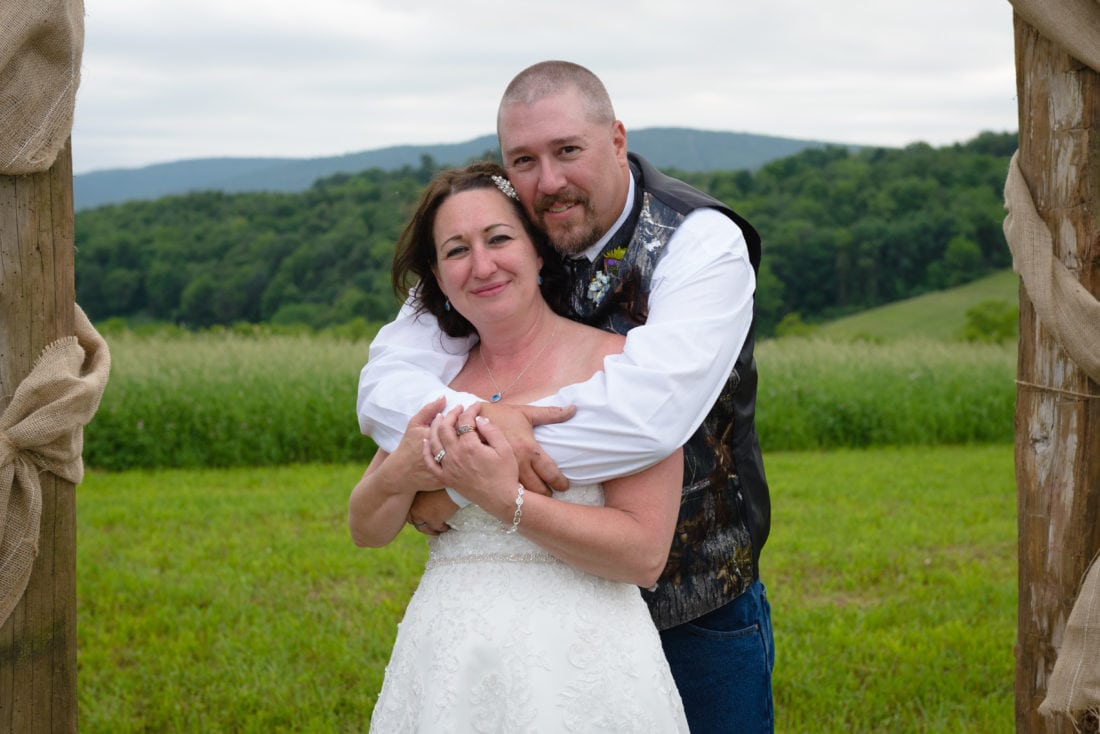 Melina Lea (Hillyard) Benway and Chad David Confair, both of Jersey Shore, were united in marriage at 3 p.m. June 2, 2018.

The Rev. Salvatore Minnella Jr. officiated at the ceremony held at Sacred Oak Vista, Jersey Shore, where a rehearsal dinner and reception also were held.

The bride is the daughter of Kathryn A. (Curry) and James F. Hillyard, of Pennsdale. She graduated from Muncy High School in 1993. She is employed by PPL Electric Utilities as a facility management technician II and is co-owner of C&M Property Services, LLC. She is the widow of Randolph J. Benway, veteran sergeant, Army Reserves.

Confair is the son of Ethel R. (Litzelman) and Fred Confair, of Jersey Shore. He graduated from Jersey Shore Area High School in 1992. He is the owner of C&M Property Services, LLC.

Matron of Honor was Heather A. Dick, of State College, sister of the bride.

The couple resides in Jersey Shore.