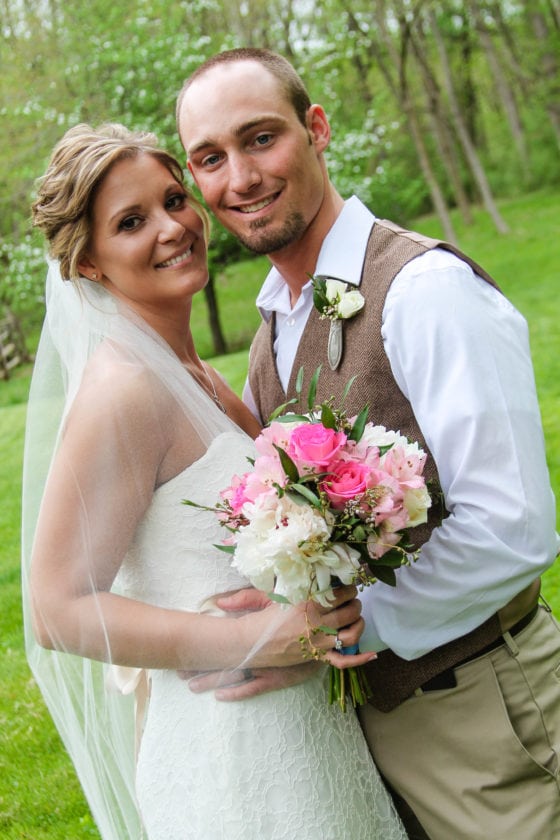 Abby Sullivan and Ryan Hepburn, both of Columbus, Ohio, were united in marriage on May 5, 2018.

Ned Pelger, the bride’s uncle, officiated at the ceremony held at his estate in Lititz where a reception also was held. A rehearsal dinner was held at Mick’s All American Pub, Mount Joy.

The bride is the daughter of Cynthia and Terry Sullivan, of Waynesboro. She is a graduate of Waynesboro High School and received her master’s degree from Frostburg State University. She is employed by Defense Information Systems Agency, US Department of Defense, as a logistics management specialist.

The groom is the son of Carla and James Hepburn, of Montoursville. He is a graduate of Montoursville Area High School and received a bachelor’s degree in math from Misericordia University. He is employed by Defense Information Systems Agency, US Department of Defense, as a financial management specialist.

Matron of honor was Alaina Sullivan Ingels, Waynesboro, sister of the bride.

Best man was Brent Hepburn, of Sterling, Massachusetts, brother of the groom.

Flower girls were Corrina Josephine Ingels, of Waynesboro, nieces of the bride.

Ring bearer was Rowan Hepburn, of Sterling, Massachusetts, nephew of the groom.

Following a trip to St. Lucia, the couple resides in Columbus, Ohio.