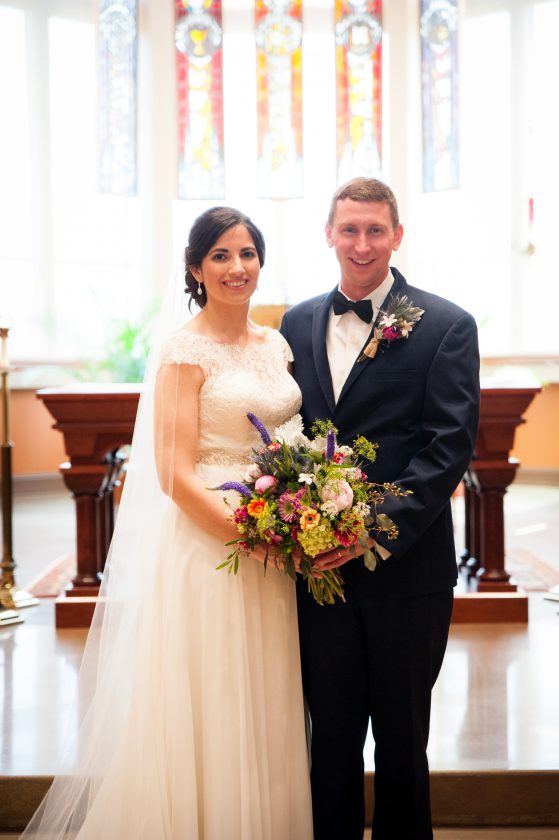 Rebecca Ann Slanders and Caleb Lundy Huff, of Pittsburgh, were united in marriage on June 16, 2018.

Rev. Paul Zywan officiated the ceremony at Saint Alexis Church in Wexford. A reception was held at Noah’s Event Venue in Cranberry Township, and a rehearsal dinner was held at Caliente Pizza and Draft House in Pittsburgh.

Slanders is the daughter of Robert and Concetta Slanders, of McCandless. She graduated from North Allegheny High School in 2008. She received a bachelor’s in health and rehabilitation sciences from University of Pittsburgh in 2012 and a doctor of physical therapy also from University of Pittsburgh in 2015. She is employed by UPMC Centers for Rehab Services, Cranberry Township, as a physical therapist.

Huff is the son of Marilyn and Frank Huff, of Montoursville. He graduated from Montoursville Area High School in 2008. He received bachelor’s degrees in history and economics from Penn State University in 2012. He is employed by PNC Bank in Pittsburgh, as a fixed-income securities operations specialist.

Matron of Honor was Jessica Olesevich, Virginia, sister of the bride. Bridesmaids were Diana Slanders, Pittsburgh, sister-in-law of the bride; Heather Waldron and Sandra Trick, both of Montoursville and sisters of the groom; and Kristen Heidlebaugh, Maryland, friend of the bride.

Ring bearers were Milo Trick, nephew of the groom, and Dominick and Theodore Slanders, nephews of the bride.