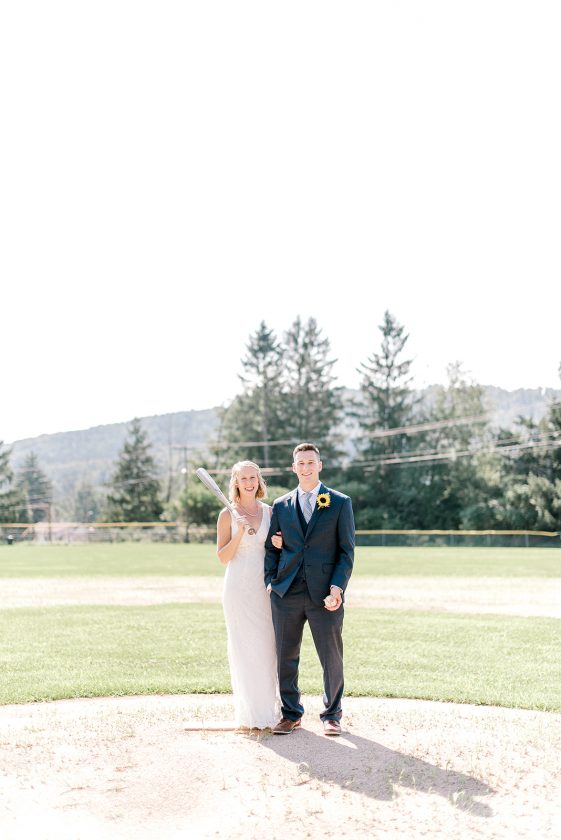 Emily Karas and Brian Zysset, of Bloomsburg, were married at 3 p.m. Aug. 4, 2018, by Rev. Gary Weaver at The Barn at Greenwood in Millville with a reception to follow. The rehearsal dinner was held at the Lightstreet Hotel, Bloomsburg, Emily Zysset said.

Karas is the daughter of Tim and Shelley Karas, of Bloomsburg. She graduated from Bloomsburg’s Central Columbia High School in 2010, received her bachelor of science in education with a concentration in family and consumer sciences education from Lock Haven University in 2014 and a masters of education in teaching and learning. Karas is employed at Southern Columbia Area School District in Catawissa as a family and consumer sciences teacher.

Zysset is the son of Joel and Carol Zysset, of Williamsport. He graduated from Loyalsock Township High School in 2009 and received a bachelor of science in education with a concentration in health and physical education from Lock Haven University in 2013 and a masters of education in teaching and learning. He is employed at Central Columbia School District in Bloomsburg as a health and physical education teacher and Lewisburg Area School District as the varsity baseball coach.

A wedding trip was planned for Cape Coral and Key West, Florida.