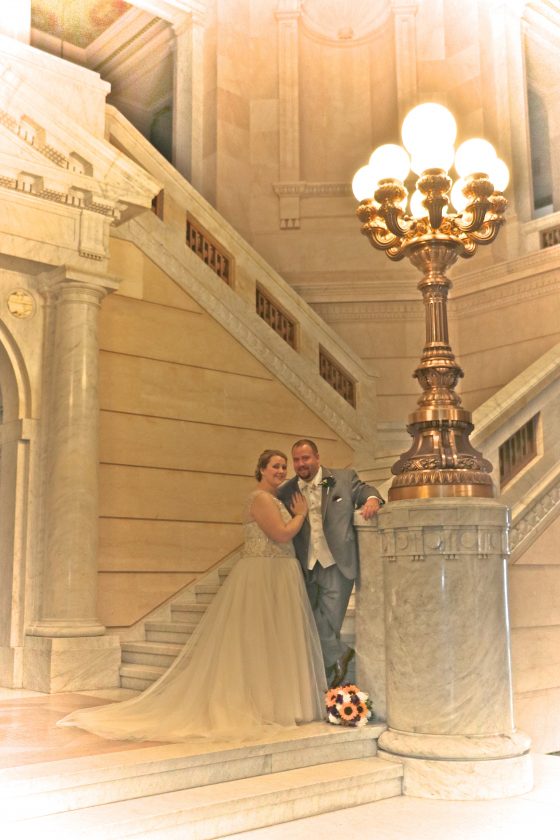 Luke Hedgcock, of Linden, and Rachel Mancuso, of Kingston, were united in marriage on Nov. 17, 2018. The ceremony was officiated by family friend Todd Ankiewicz at Apple Tree Terrace in Dallas, Pa.

The bride is the daughter Ralph Mancuso and the late Filomena Mancuso, of Kingston. Mancuso is a 2007 graduate of Bishop O’Reilly High school and a 2011 graduate of Misericordia University. She is employed by Wilkes-Barre Area School District as a special education teacher.

The groom is the son of Linda and the late Gary Hedgcock, of Linden. He is a 2004 graduate of Williamsport Area School District. He is employed by Advance Auto Parts as a professional sales manager.

Katie Mancuso, sister, was the maid of honor and Sarah Amos, cousin, was a bridesmaid. Wilbur Betts III, groom’s best friend, was the best man and Ralph Mancuso, brother of the bride, was a groomsman. The flower girl was Dallas Betts. The ring bearer was Bryce Hedgcock, grooms son.

After the ceremony, they celebrated with cocktail hour and a dinner reception at Apple Tree Terrace. Following a honeymoon to Walt Disney World for the holidays.

The couple reside in Nanticoke.