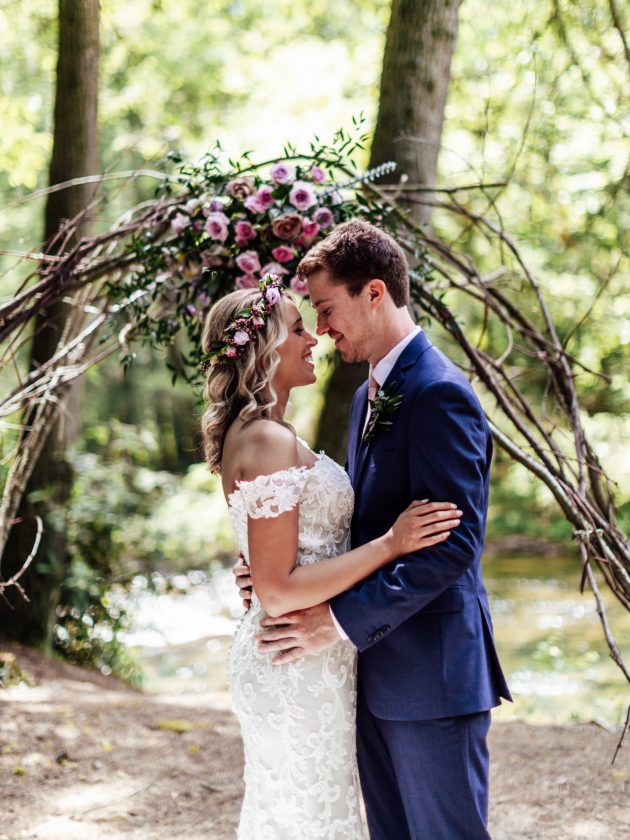 Kelsey Ann Uppling, of Montoursville, and Jeffrey Charles Haviland, of Philadelphia, were united in marriage on June 8, 2019. Rev. Jerry Uppling, father of the bride, officiated the ceremony held at Pump House Bed and Breakfast in Bloomsburg, where the rehearsal and reception were also held.

Haviland is the son of Marguerite and James Haviland, of Philadelphia. He graduated from Father Judge High School in 2008. Jeffrey received a bachelor’s degree in elementary education K-6 from Bloomsburg University in 2012 and a master’s degree in K-8 math and science from Slippery Rock University in 2017. He is employed by The Swain School in Allentown as a fifth grade teacher.

Maid of honor was Kasey Uppling, of Montoursville, sister of the bride. Bridesmaids were Paige Haviland and Amy Elfant, sisters of the groom, Emily Schriner and Kathryn Haines, both of Montoursville, Devon Antonetti, of Pennsdale, Sarah Hawkinson and Megan Michael. The junior bridesmaid was Caylin Olsson, niece of the bride.

Flower girls were Teagan Olsson and Natalia Uppling, nieces of the bride.

Best Man was Joseph Haviland of Philadelphia, brother of the groom, groomsmen were Colin Olsson and Christopher Uppling, both of Montoursville and brothers of the bride, Michael McFarland, Paul Przybysz, Dennis Murtha, William DeFusco and Matthew Kachigian.

The couple resides in Breinigsville.