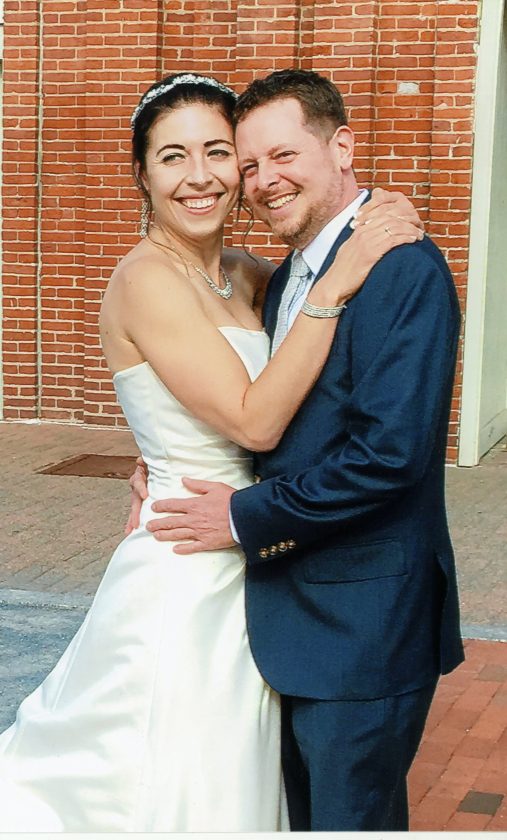 Terri Lynn Shadle and Andrew Scott Bale, of Harrisburg, were married at 5:30 p.m. on Oct. 12, 2019, at the Susquehanna Art Museum in Harrisburg. The wedding was officiated by Paul Keller, brother-in-law of the bride. A reception was held at the Mill Works in Harrisburg.

The bride is the daughter of Jerry and Roberta Shadle, of Williamsport. She graduated from Williamsport Area High School and York College of Pennsylvania. She is employed as a graphic designer at DAS LLC in Palmyra.

The groom is the son of the late Harold and Joyce Bale, of Hummelstown. He is a graduate of Hummelstown High School, the Savannah School of Art and Design and the University of Delaware. He is a professor of photography at Dickinson College in Carlisle.

The matron of honor was Melissa Keller, sister of the bride. The best man was Jon Cox. The ring bearer was Kirk Francis Keller, nephew of the bride. Joy Beachy and Carl Socolow, friends of the bride and groom, performed readings. Nuptial music was provided by Kendall Sasso, of Milford, Connecticut.