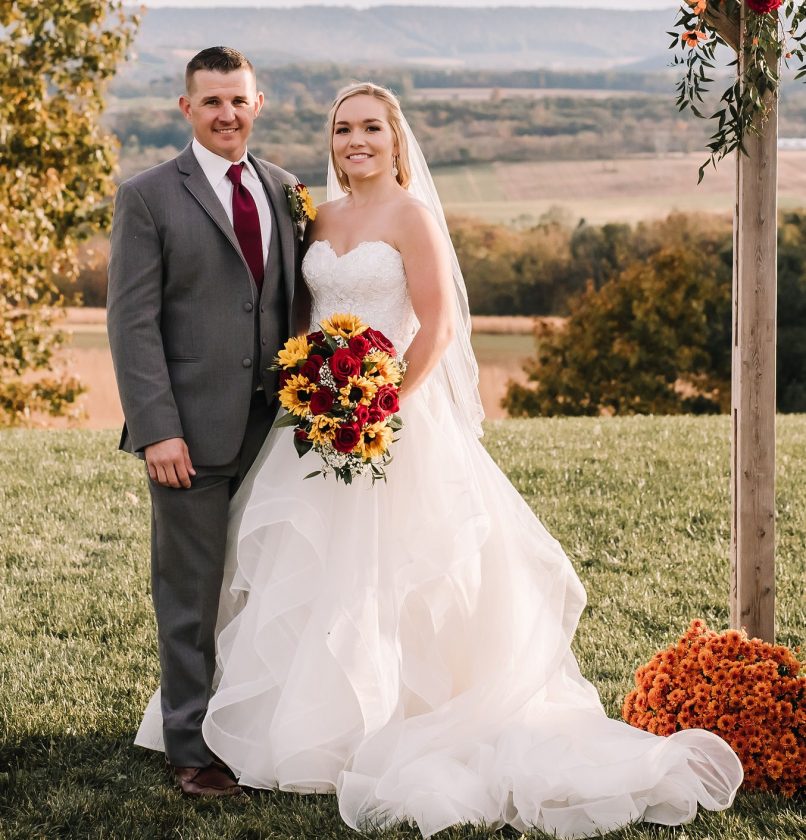 Kristen Marie and Douglas Raymond Overdorf, both of Williamsport, were united in marriage on Oct. 19, 2019. They were married by Pastor Ronald Savits, at Whispering Oaks Vineyard, Sunbury, where the rehearsal and reception were also held.

The former Kristen Marie Hess is the daughter of Jeffrey and Lonna Hess, of Orangeville. She graduated from Millville High School in 2008. She received a bachelor of science degree in biology from Lycoming College in 2012, and an associates degree in funeral service from Northampton Community College in 2013. She is employed at Knight-Confer Funeral Home as a licensed funeral director.

Douglas is the son of Sue Overdorf, of Williamsport. He graduated from Williamsport Area High School in 1998. He is employed with PennDOT as an equipment operator.

The flower girl was Evangeline Hess, niece of the bride, of Benton. The ring bearer was Cameron Strouse, nephew of groom, of Montoursville. Program and book attendants were Alexa, Alayna and Isabelle Lovelace, of Bloomsburg, and soloist Sherry Breen, of Muncy.

The couple plans to honeymoon in February in Aruba. They reside in Williamsport.