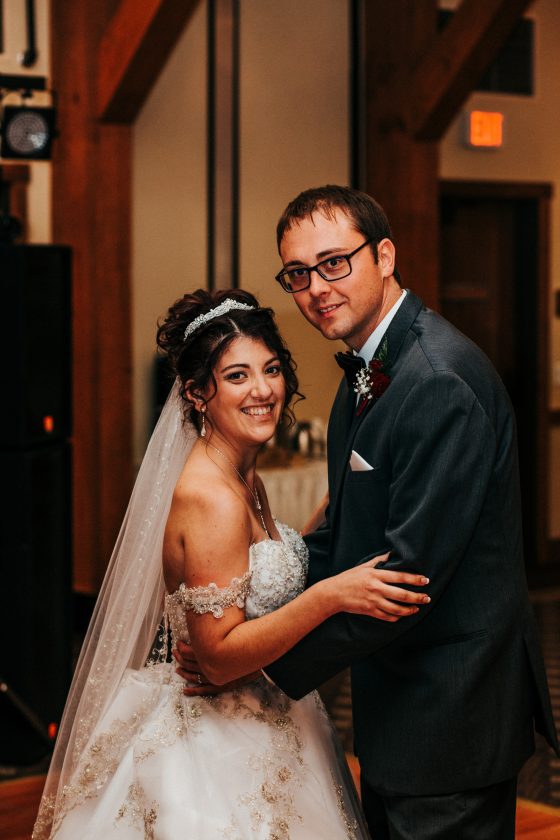 A reception was held at The Pine Barn Inn, Danville.

Justin is the son of Dan and Tammy Kauffman, of McAllisterville, and Tim and Crystal Bowersox, of Selinsgrove. Justin graduated from Selinsgrove Area High School and from Harrisburg Area Community College. He is employed by Gregory Welteroth Advertising as an IT computer specialist.

The bride wore a lace ballgown designed by Maggie Sottero. The white lace was accented with metallic thread and Swarovski crystals. Scattered lace appliques embellished the full skirt and a scalloped-lace hem led to a chapel-length train. A thin satin band accented the waistband and the sweetheart neckline was accentuated by beaded cap sleeves.

She carried a bouquet of red roses sprayed with diamond beads and baby’s breath.

The couple took a Bahamas cruise and reside in Bloomsburg.