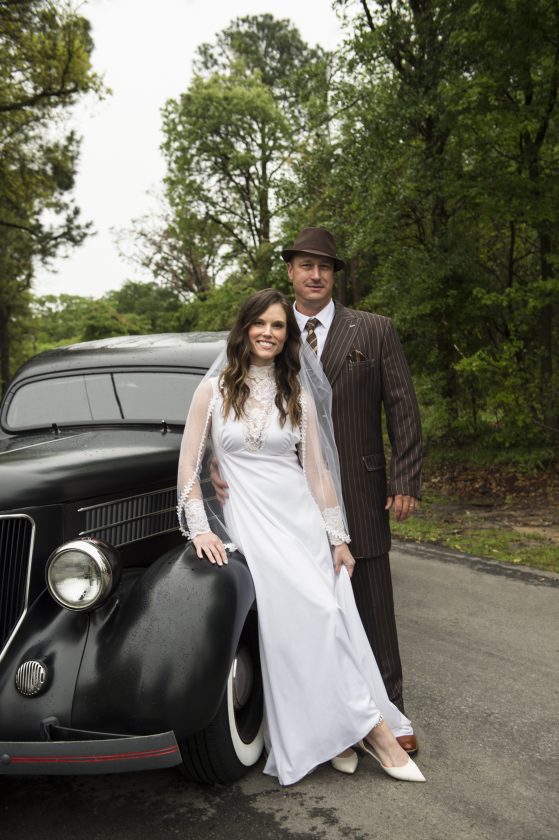 Holly and Lucas Haswell were married April 3 in Mineola, Texas. The ceremony was officiated by Lewis Pollard, of Grace Community Church, at a lakeside ceremony.

The former Holly Smith is the daughter of Bob and Zana Smith, of Mineola, Texas. She graduated from Mineola High School and Southern Methodist University.

Lucas is the son of Mary Haswell and the late John Goas, of Williamsport. He graduated from South Williamsport High School. He owns LH Lawncare and is employed by Morton Salt.

Laure Nickell was the maid of honor and Kristy Smith, the bride’s sister-in-law, was a bridesmaid. Kyle and Bob Smith were groomsmen. The ring bearer was Wyatt Smith and the flower girl was Mae Smith. Guests included Fred and Sue Marzacco, of Williamsport. The bride wore the same gown her mother wore on her wedding day, which was April 3, 1977.

The couple met at the Iron Horse Cruise car show in 2018 in Mineola, Texas. They were engaged at Ricketts Glen State Park in 2019. The couple resides in Grand Saline, Texas, and will honeymoon on the Riviera Maya in Mexico.