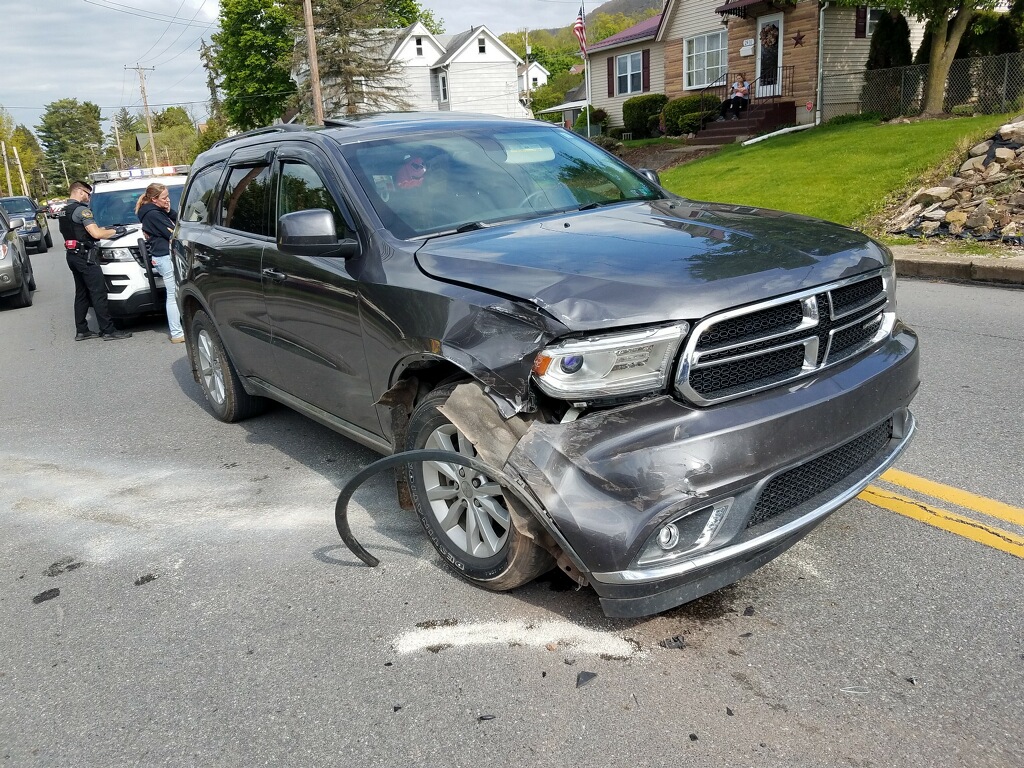 A woman driving a Dodge Durango, above, declined treatment for injuries she suffered when the vehicle and a pickup truck collided in the 2400 block of Euclid Avenue in DuBoistown about 4:10 p.m. Monday, according to emergency responders at the scene.

Also this evening , firefighters and paramedics rushed to the 700 block of East Village Drive in Susquehanna Township when a male juvenile riding a bicycle was struck by a car.

The bicyclist, who was wearing a helmet, was taken by ambulance to Geisinger Medical Center, Danville.

State police, who are investigating the accident, dispatched an accident reconstructionist to the scene

In Montoursville Borough, firefighters were sent to a possible water rescue reportedly involving an 11-year-old child who was in Loyalsock Creek with a head injury in the 700 block of Mill Lane about 5 p.m. Monday.

Friends safely pulled the youngster to the west shore. A Williamsport fire boat was used to bring him across the water to the east shore, borough fire officials said.

The boy was in good condition and was being evaluated at UPMC Williamsport.

Ten minutes after this call, Washington Township volunteer firefighters were sent to the 5000 block of Gap Road, west of Elimsport, where a passerby found what appeared to be an abandon car upright in a creek. State police were investigating this incident as well/ph