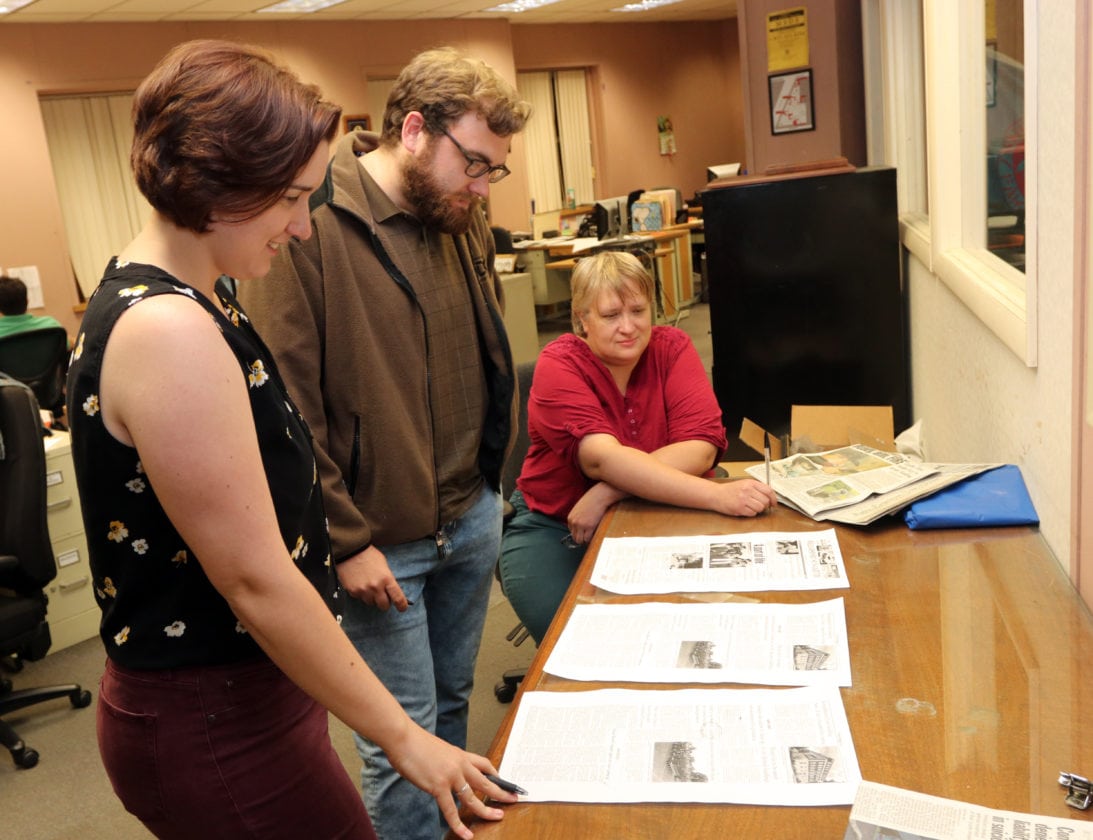 A new generation of staff is in place to lead the Williamsport Sun-Gazette into the future, according to Bernard A. Oravec, publisher.

In that capacity, Nolan will oversee the newspaper’s business news, including the weekly Sunday Business section and the monthly Shale Play pages and Chamber Connections section.

“It’s interesting to see what people are passionate about,” Nolan said of taking over the business news. “I find it refreshing to talk to people about what they are doing that they’re excited about.”

“We are thrilled to promote Seth to this position,” said L. Lee Janssen, Sun-Gazette editor. “He has been a standout on our team since he joined the staff and has quickly picked up the skills needed to be successful in his new role.”

Nolan joins Anne Reiner, who took over as religion editor last summer, on the night editing desk, where stories and photos are edited and news pages are put together for the daily edition.

“That’s been pretty great, just learning the different aspects of how much work goes into the paper on a daily basis,” Nolan said of his new responsibilities with the daily.

“Seth complements Anne well on the night desk, and the two are proving themselves to be a great team,” Oravec said.

Reiner has embraced her new role in the past year and said she is really interested in telling stories of the average person, in both the religion and health sections.

“I really want to focus on getting more in touch with the local churches and efforts in the religious community in the area,” she said. “There’s so much that’s happened that we’ve written about, but I get the sense that there are a whole lot of other stories out there just waiting to be told.”

As for health, she wants to dig deeper into medical issues affecting local people.

“We are making a really concerted effort to find the person in the story,” she said.

“As our senior editors have begun to enter into retirement, we are grooming the next generation of newsroom leaders and are proud to see Anne and Seth step into new roles,” Oravec said.

While Reiner and Nolan each have responsibilities for weekly and monthly sections, they also share in the responsibility of putting out the daily edition in concert with City Editor Becky Lock who has taken a more active role in handling news and photo assignments and developing the news digest each day.

Nolan, a native of South Williamsport and Bloomsburg University graduate, joined the reporting staff of the Sun-Gazette in May 2016 as a general assignment and outdoors writer. He moved into the court beat when Reiner, a Trout Run native, moved from covering courts to reporting on county government.

Reiner, a graduate of Geneva College outside of Pittsburgh, was promoted to the copy, health and religion desk a year ago when Jim Carpenter retired from that role.