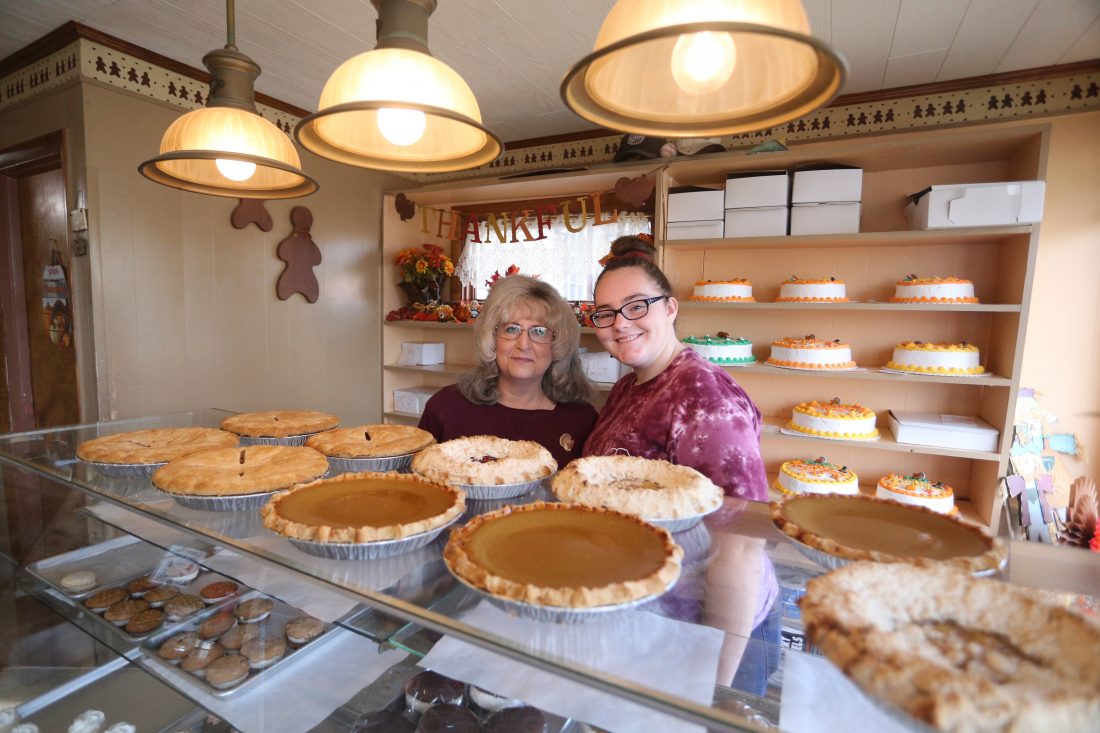 Roy’s Bakery, now on Washington Boulevard, was opened by Gerald Leroy “Roy” Berninger and his wife, Betty, in 1948.

It started along Lycoming Creek Road and has moved around the surrounding area of Williamsport until 1982 when Roy’s son, Gary Berninger Sr. and his wife, Marian Berninger, bought the building and business from Roy Berninger.

While working at Stroehmann’s Bakery, Roy Berninger gained his skills as a baker when they sent him to receive formal training.

When he returned home from World War II and tried to get another job with Stroehmann’s, they did not have any openings, according to Marian Berninger. This led him to use his baking skills to open up his own shop.

In 2015, Berninger Sr. passed away, but his son, Gary Berninger Jr., became his mother’s business partner. They have kept the business alive and well through present day, 71 years since the store opened.

“We are very family oriented,” Marian Berninger said. “We use the same recipes from 1948.”

The bakery makes anything from decorated round or sheet cakes, cut out cookies, cupcakes, whoopie pies, sticky buns, macaroons and an assortment of holiday treats.

Many of the employees work 12- to 16-hour days to keep up with the demands during their busy seasons.

The business works to maintain great relationships with their customers who come in after multiple generations.

“We have generational customers, third and fourth generations. The grandparents come in and they get cookies for their grandchildren,” Marian Berninger said. “They say, ‘when you come up, bring some of Roy’s cookies.’ “

Roy’s is at its busiest between the Thanksgiving and Christmas time.

On the day the Sun-Gazette paid a visit to the bakery, a customer came in to get his birthday cake, stating, “When it comes to my birthday, it has to be Roy’s.”

“We like to give to local fundraisers,” Marian Berninger said.

She added that the business has had a lot of successes over the last 71 years.

She and her son have kept the business running, helping other family members carry on the tradition.

Her 16 year old granddaughter will come in to lend a hand over Christmas time, bringing in the fourth generation of the family into the business.

“The family is carrying it right on through,” Marian Berninger said. “My son, Berninger Jr., is also working at the bakery and will be taking completely over when I retire.”

Though the bakery is thriving, the business did have some hard times through family illnesses and Roy Berninger going off to the Korean War. During that time, the bakery had to be shut down, but was reopened when the war ended.

The bakery even caught fire at one point, causing many issues, according to Marian Berninger.

“The fire was before my time there, but I was told it was quite a mess,” she said

Marian remains positive, despite difficult times in the business’s history.

“We’ve been really fortunate that we have been in business so long,” Marian Berninger said. “It’s hard to find businesses that have been open this long.”