SEDA-COG assisted the borough with the submission of the grant applications to the federal Appalachian Regional Commission (ARC) and the Commonwealth of Pennsylvania.

The project will construct a new road to gain access to developable land in the industrial park.

The development is expected to create at least 60 permanent full-time jobs. Additionally, 30 existing companies within the industrial park will continue to use the road network, and this new project will allow those companies to have easier access to Interstate 80. The Patton Logistics Group is comprised of three separate organizations employing 580 people throughout the United States. Watsontown Trucking Company is a family-owned and operated asset-based motor carrier. They operate a fleet of 400 trucks and 1,150 trailers with a workforce of 500.

Patton Logistics LLC was organized in 2013 as an affiliated entity of Watsontown Trucking Company to provide transportation brokerage and third-party logistics services for its expanding customer base. Patton Warehousing LLC was formed in 2015 and currently manages 2 million square feet of warehouse space in Pennsylvania, Ohio, and New Jersey. Steve Patton, the president of The Patton Logistics Group, is appreciative of the grant funding. “These grant funds will assist in the further expansion of our organization including the creation of at least 60 full-time permanent, non-construction jobs” Patton said. “The road will help our company realize considerable savings in current trucking costs associated with accessing Route 147.”

In addition to the grant funds, Milton Borough contributed $31,000 to the project and if necessary, the borough is committed to providing additional project funds.

“Milton Borough has supported this project since its inception,” Novinger said. “We expect that this project will greatly improve the traffic flow within the Industrial Park and alleviate trucks and personal vehicles traveling through a high-density neighborhood and school zone.”

State Senator John Gordner (R-27) and State Representative Lynda Schlegel Culver (R-108) advocated for over $2 million in state funding from the Commonwealth of Pennsylvania’s Multimodal Transportation Fund for this project. “Representative Lynda Schlegel Culver and I have been supporting this project because this area is seeing substantial economic development interest due to its proximity to the Central Susquehanna Valley Thruway, which is the missing link in this heavily traveled highway system connecting the Maryland border to the New York State line,” Senator John Gordner said.

“I thank the Appalachian Regional Commission for awarding this Local Access Road grant to Milton Borough for this important project that will bring welcomed investment and business expansion to the Milton area,” Keller said.

“The grant funds and Milton Borough’s financial contributions were crucial to making this project happen,” Seigel said. “I want to thank the experienced SEDA-COG staff for completing the state and federal grant applications which allowed us to secure the $2.7 million of grant funds for Milton Borough. I’d also like to thank Milton Borough, Congressman Keller, Senator John Gordner, and Representative Lynda Schlegel Culver for their support of the applications.”

Some businesses have begun to offer hospitals dust masks, face shields and latex gloves to help in the battle ... 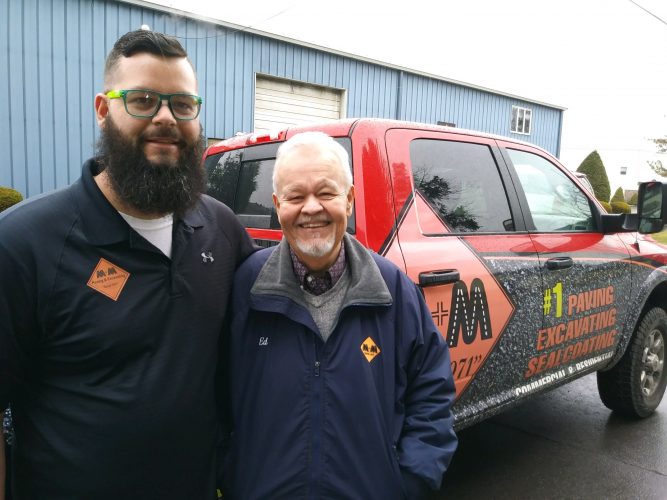