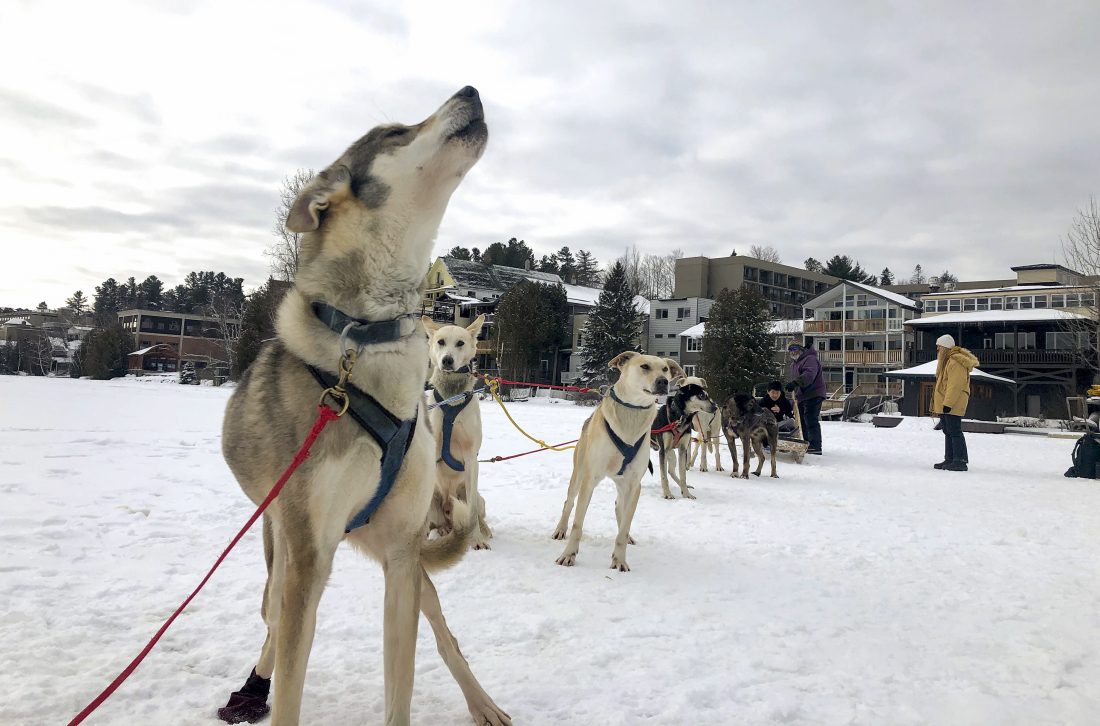 Sled dogs prepare to take a tourist for a ride on the frozen surface of Mirror Lake near Main Street on Friday, Jan. 31, 2020, in Lake Placid, N.Y. The surge in the number of short-term rentals in this Adirondack Mountain resort is alarming local residents who fear it is changing the character of the village. (AP Photo/Michael Hill)

The rising popularity of short-term rentals on services like Airbnb is alarming residents who fear they’re gobbling up so much of the housing market that workers who want to live there are getting frozen out.

“What about the families? They’re not here anymore,” said longtime resident Zay Curtis, as he drove through the snowy village to point out rentals. “The neighborhoods are slipping away.”

Short-term rentals like those listed on Airbnb are surging all over, but they loom larger in smaller resort areas like this village of 2,400.

Since December 2017, the number of Airbnb and HomeAway listings in and around Lake Placid has grown from 555 entire places to 684, according to AirDNA, a short-term rental data provider. As conversions continue, officials are struggling with a contentious question that also echoes in many Atlantic beach towns and on the shores of Lake Tahoe: How do resorts balance neighborhood concerns against the economic benefit of tourists who stay in short-term rentals?

“It fuels the economy here. I’m telling you, if they were to stop vacation rentals, this would be a ghost town,” said Sharon Middendorf, a rental owner and part-time resident.

Seasonal rentals are nothing new in Lake Placid, famous for the 1980 U.S. Olympic hockey team’s medal-winning “Miracle on Ice.” Homeowners and landlords have long rented out spare rooms and the area around the village is dotted with condominium developments that cater to vacationers.

About a third of the housing units in the larger Town of North Elba are generally for vacation or temporary seasonal use, up from about a fifth in 2010, according to a new report commissioned by the village and the town. And half of the village and town’s homeowners live elsewhere.

The rapid rise of rentals has fueled the sort of complaints heard in Los Angeles or London: noisy parties, trash, overpacked homes. But some residents say they’re also taking homes off the market that local workers could buy or lease.

Melissa Furnia said she was priced out of Lake Placid despite a good job at the agency that oversees former Olympic facilities. She wanted to buy a home where she was raised, where her parents live, where she works and where she volunteers as an EMT.

But with median single-family homes valued at $300,000, she purchased a home for a third of the price a half hour away.

“It’s heartbreaking,” she said. “Lake Placid is where I want to be. It’s where I always wanted to be.”

While Lake Placid bustles with tourists, its population is dropping, as is school enrollment .

Huda Scheidelman, chairwoman of a group of area rental owners, said affordable housing is a nationwide issue and it is unfair to blame short-term rentals for the local crunch. Operators point out that many rental listings include large, lakeside homes that are out of reach for buyers of modest means.

Lake Placid Mayor Craig Randall said local leaders were expected to soon propose a permitting system for short-term rentals that could include a 90-day annual limit for homes not occupied by the owner.

“I think this will begin to calm it down a little bit,” he said. “It also provides reassurance to those second-home owners that we’re not totally pulling the carpet out from underneath them.”

If approved, Lake Placid would join a growing list of resort areas tackling the issue.

In South Carolina, the beach resort town Kiawah Island in November amended its short-term rental regulations to, among other things, cap the number of licenses in certain residential districts. The caps, effective in January, ensure that no more than 20% of developed lots in those districts can be used for short-term rentals.

“While being sensitive to the tourism market that we love and appreciate on the island, we also exist to protect the residential character of the island,” said Stephanie Braswell, the town’s communications director.

Voters in South Lake Tahoe, California, narrowly approved a ballot measure in 2018 severely restricting short-term rentals in residential areas by 2022. A group of businesses and property owners promptly sued. If the measure stands, it would reduce the number of vacation home rentals from a high of about 1,700 to 300, said former city manager Frank Rush.

Lake Placid also is likely to face legal challenges if it goes ahead with the 90-day limit, said Scheidelman, chairwoman of Gold Medal Hospitality group. She agrees there should be regulations to address concerns like noise and parking, but she said the rules need to be reasonable.

“I think something that is unreasonable is restricting the rental business to the point where guests actually are not feeling welcomed to Lake Placid,” she said. 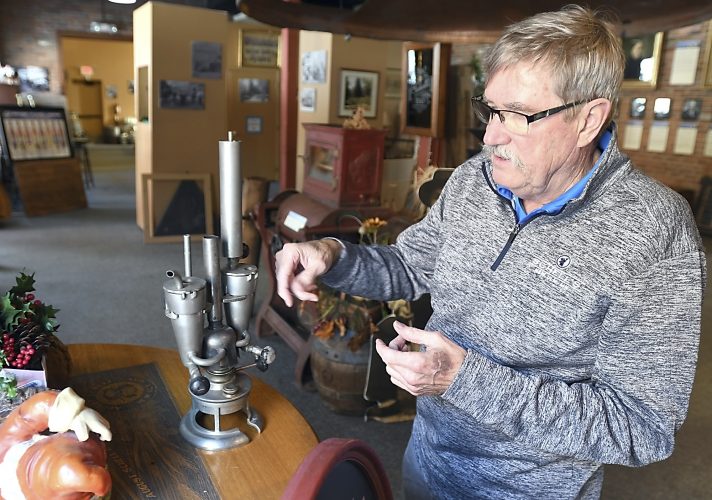