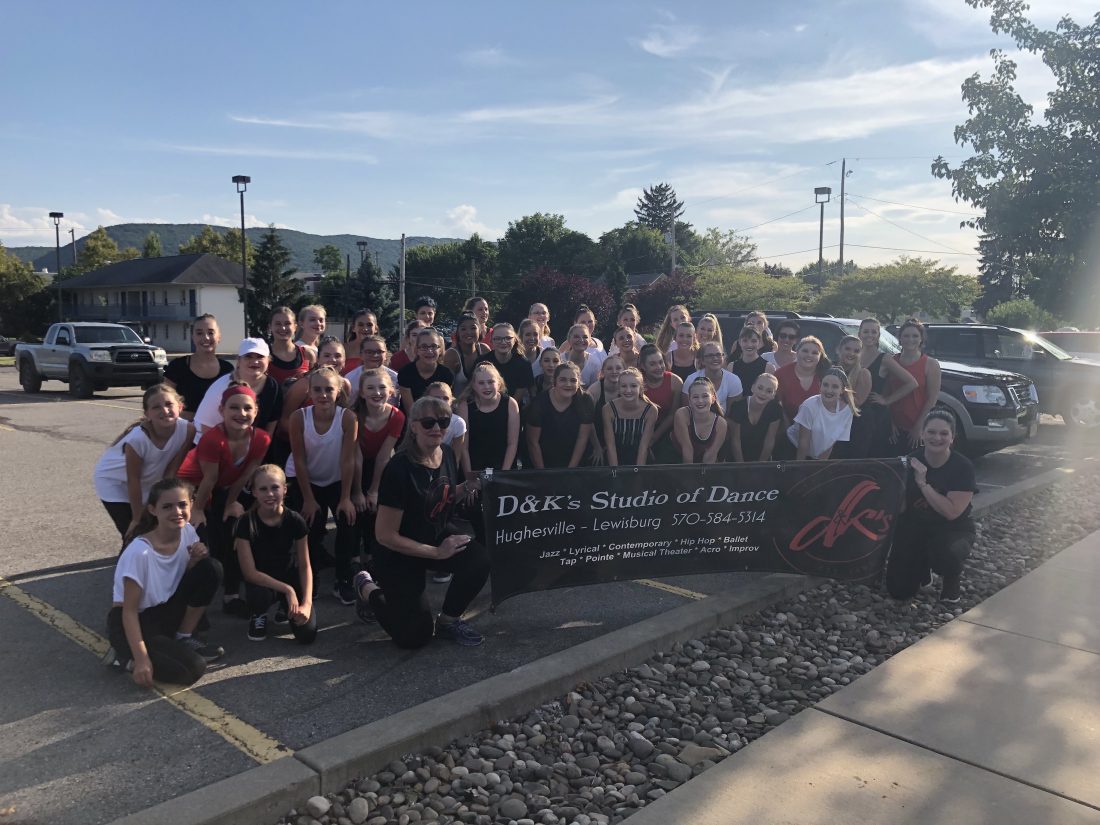 HUGHESVILLE — Nearly 30 years ago, Kellie Shaner-Gordner and Duane Gordner taught dance lessons to a handful of children from the basement of their church.

Today, the couple has built up a base of about 300 students and opened two studios, but they worry about the detrimental toll the COVID-19 pandemic could inflict on their business, D&K’s Studio of Dance.

Shaner-Gordner said the difficulties their business is facing are “unlike anything that we’ve ever experienced.”

“It’s hard for me to even remember back to all the hard years when we were just starting our business,” she said. Since then, “we’ve had a really wonderful run.”

And they plan to keep it going.

Operating a dance studio was Gordner’s dream. He took a factory job after graduating high school, but started taking dance classes on the side, and quickly discovered his true passion was practicing and teaching dance.

Shaner-Gordner went to high school with Gordner and later became his wife after furthering their relationship through their church community. She shares her husband’s passion for the studio, and said that while they might be in a more financially stable position during this pandemic if she pursued a different line of work, she has no regrets about their joint business.

“We really have enjoyed doing it together this whole time,” she said, “and I think it’s a unique thing because we understand one another. We can share all of our joys.”

Shaner-Gordner’s father built the couple’s first dance studio. It’s attached to their home, a fitting symbol for the place the business holds in their hearts.

After the coronavirus outbreak forced the couple to close their studio, they’ve started offering classes online using Zoom. But Shaner-Gordner said that when she finished a youth dance class recently, she was sad.

“I felt sad because part of what those dancers need from us at that age is for us to listen to their stories” and be silly with them, she said. “Even though I could see their lovely little faces … it was a very different format. So I felt sad afterward.”

Gordner said he misses feeling the energy in the dance studio.

“You draw upon their energy,” he said. “You feed off that. So it’s hard not feeling that from them.”

Libby Welliver, 15, has been attending D&K’s Studio of Dance since she was three. She said it’s been a “big disappointment” that she can no longer go to the studio after school.

“That’s definitely like an outlet for me after school,” she said. “I definitely developed it as a safe spot to always have.”

Libby’s mom, Amy Welliver, said Gordner and Shaner-Gordner are in tune with their students, noting that Shaner-Gordner reached out to her on a daily basis after the recent death of her father, and that Gordner would check in on Libby if she seemed off during a class.

She saw how happy her daughter was to interact with the couple virtually for a recent online class.

“We knew that they would be missed,” she said. “I didn’t know how much.”

Gordner and Shaner-Gordner have continued to offer classes for their students during the statewide stay-at-home order, and they are doing it for free.

“I don’t want to add any other hardship to other families who may be in the same boat as Duane and I,” Shaner-Gordner said.

Gordner added that they feel “it’s a thing we’re supposed to do.”

The couple, who started their business in the basement of their church, said it’s their Christian faith that carries them through these difficult times.

“We really look forward to the day when we can open the doors and come back into the studio with the dancers,” Shaner-Gordner said.