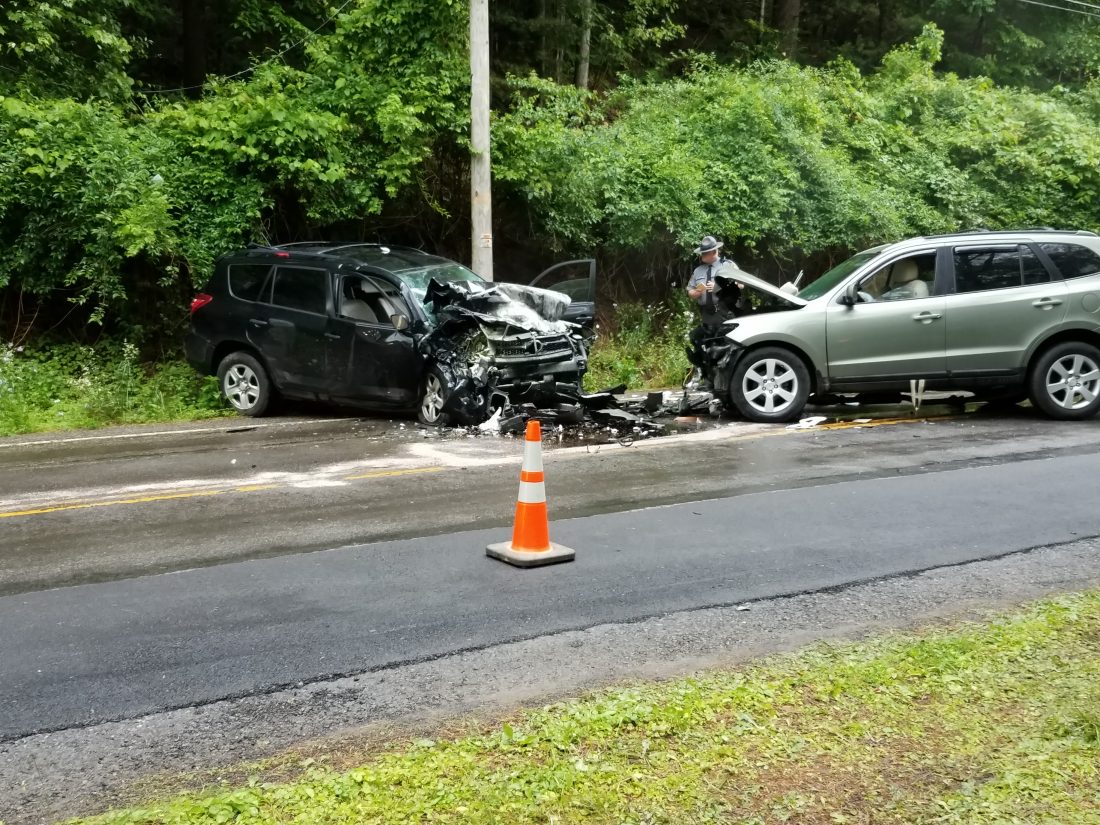 Following the collision, a small fire in the engine compartment broke out in one of the vehicles.

“I grabbed my fire extinguisher and put it out right away,” said motorist Gary Bahrke, of Jersey Shore, who carries an extinguisher in his pickup truck. He was one of the first to arrive at the crash moments after it happened.

Two of the women were taken by ambulances to the UPMC Susquehanna Williamsport Regional Medical Center while the third was flown to Geisinger Medical Center, Danville, in a helicopter that landed at the Consolidated Sportmen Club along Route 87, about two miles south of the crash site.

Once the injured were en route to the hospitals, fire police were able to keep motorist moving around the crash using one-lane of traffic. However, the road was shut down from Route 973 to Lower Barbours Road at 6 p.m. as a state police accident reconstructionist and a photographer processed the scene. The road remained closed for at least three hours.

A trooper at the scene told a news reporter that efforts were still underway to determine how the crash occurred as one of the vehicles crossed the center line and entering the lane of oncoming traffic.

About 30 minutes after this accident, Picture Rocks volunteer firefighters responded to the 13000 block of Route 220 in Penn Township to investigate a report of an overturned vehicle. There were no reported injuries in this incident.

Concerning the crash that occurred in the 200 block of Montgomery Street in Montgomery on the afternoon of May 23, Alyssa Holmes, 29, of Watsontown, remains in critical condition at Geisinger, a nursing supervisor said Wednesday night.

Holmes was injured when her car and a garbage truck collided at the borough-Clinton Township line, state police said. A passenger in Holmes’ Chevrolet Malibu, Kerry Bauser, 20, of Williamsport, also was admitted in critical condition, but has since been discharged, the supervisor said.