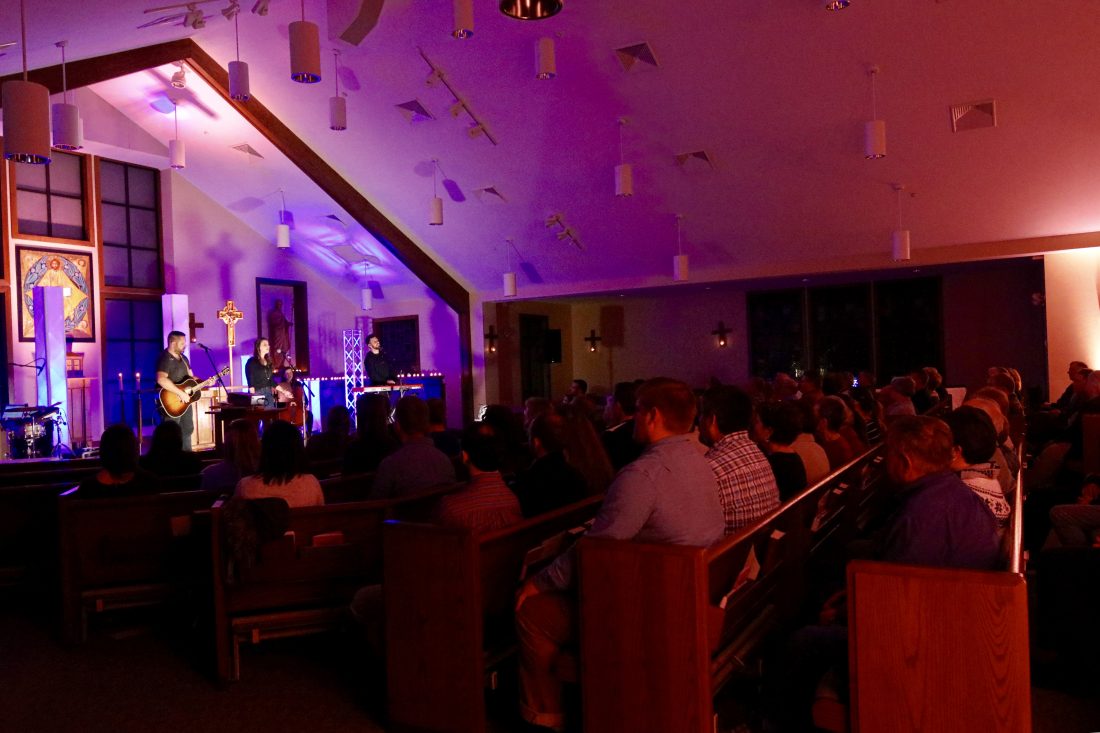 KAREN VIBERT-KENNEDY/Sun-Gazette Greg Boudreaux,left, and Andrea Thomas, center, and John Finch, right, of The Vigil Project perform at the Church of the Resurrection in Muncy recently. The performance kicked off the groups "Keep Watch and Pray" tour. The group also met with local Catholic musicians earlier in the day for a workshop.

MUNCY ­ – The Vigil Project is a group of Catholic artists, who write and sing Catholic music for Catholic prayer.

They recently kicked off a Lent and Easter tour and one of their first stops was at Resurrection Catholic Church, Muncy. They had previously conducted tours for the Advent and Christmas seasons.

Members of the Project took time on the afternoon of their performance at the church, to visit with musicians from area churches to discuss the current music trends in the Catholic church.

Andrea Thomas and Greg Boudreaux, both co-directors, vocalists and songwriters with the group, met with singers and musicians from the area to share their vision about the direction of Catholic music in today’s worship setting.

According to Boudreaux, the Project grew out of a need the group discerned for Catholic music to support the liturgical seasons.

“It was largely unsupported and there was no resource or organization to go to,” Thomas shared with the group.

Boudreaux challenged those at the workshop to consider what Catholic music is and isn’t and what it should and shouldn’t be.

“What is the gift God has given us in music,” he asked them to consider. “What is praise? What is worship? What role does music play in all of this?”

“It’s the chance to express the entirety of our experience,” Boudreaux said.

He stressed that part of the human experience is the emotion of it.

“We can have a real relationship, choosing loving and the emotion that goes with it,” he added.

Boudreaux noted that praise could be offered in a corporate setting or alone.

Some responses from the group of musicians on the definition of worship included defining it as an offering, a service the worshipper makes and the opposite of sin.

Thomas echoed this idea of worship being the antithesis of sin.

“If we don’t have rightly-oriented worship, we’ll find something else,” she asserted.

The role of music then, is to give a voice to the spiritual component of the worshipper.

“The gift of song is a way to express what’s spiritual and divine,” Boudreaux said.

Both members of the Project cautioned the group of musicians to be wise in selecting music that may be beautiful but not theologically Catholic. 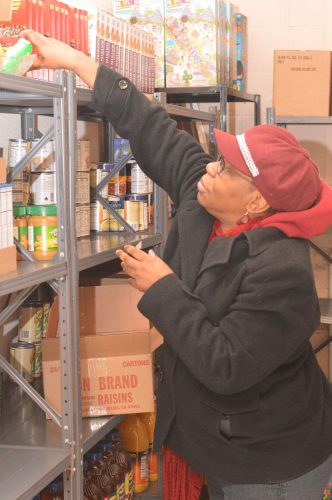