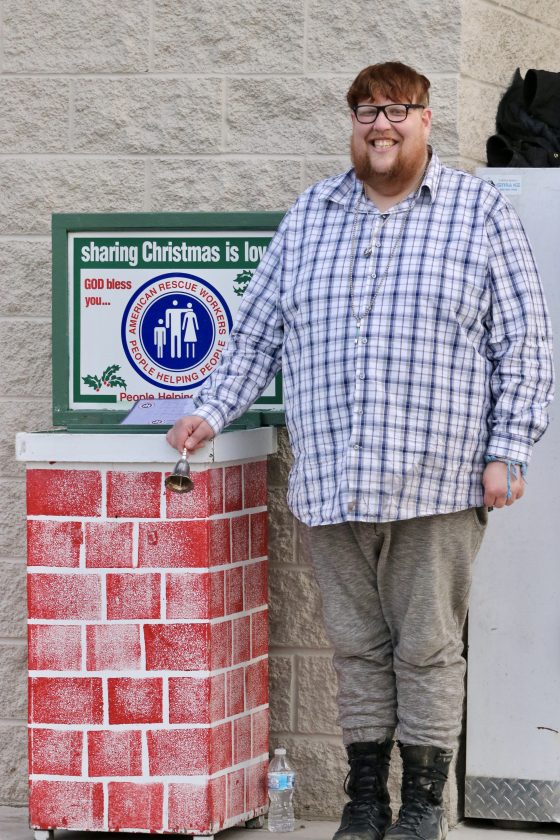 If you happen to go to the Dollar General in South Williamsport, you will be greeted with the familiar sound of a bell ringing and the smiling face of Clayton Witherite, who is manning that spot as a bell ringer for the American Rescue Workers.

Witherite readily shares how he understands what it means when someone takes the time to give to local charities, like ARW and the Salvation Army. He knows firsthand the need that some families live with on a daily basis and especially at the holidays.

Growing up in Perry County, Witherite was one of three children with a single mother.

“My parents separated when I was younger, like really little,” he shared. “My mother was a single mother of three kids and she could hardly work to feed us.”

At Christmas time, local non-profits provided Christmas for him and his siblings.

“When it came to us being able to have Christmas, my mom literally provided our holidays through those organizations,” he said.

For Witherite, who has been a resident at the Rescue Workers men’s shelter for three months, when the opportunity to be a bell ringer was offered to him, he was quick to volunteer.

“When the bell ringing was mentioned to me by Miss Dawn (Astin), I instantly volunteered,” he said. “Because, if I have the opportunity to raise money to give families and children the same opportunities that were given to me when I was growing up, I thought, why not do it?”

Witherite’s outgoing personality is a plus for the assignment.

“I’m a very personable person. I like to talk to everybody. So, I actually have a good time doing it. A lot of people think it’s really cold and they don’t like ringing a bell for five hours, but I really enjoy it,” he said. “I guess I’m just different from other people.”

He admitted that most of the time he has gotten a positive reaction from the people passing by.

“I’ve experienced great kindness from people and just genuine care for other people’s well-being. I’m not used to that,” he said.

Speaking of his experience as a bell ringer, he added, “The willingness of a human being to help another human being has been really refreshing.” 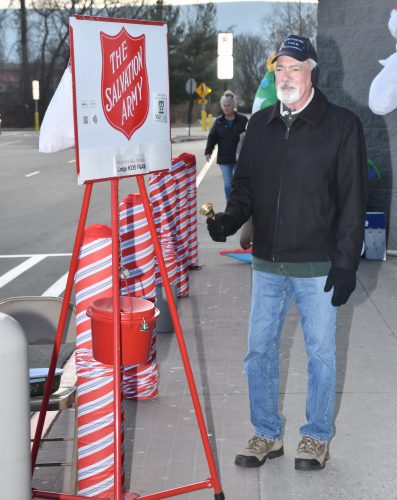 A history of the bell ringers