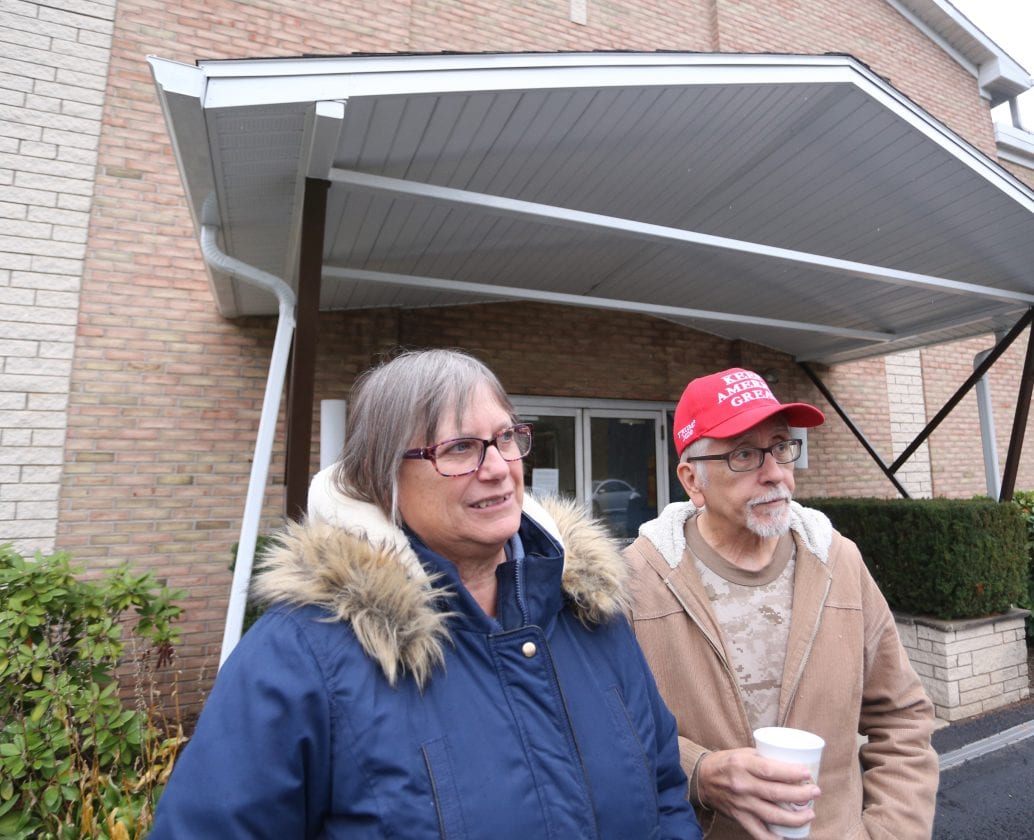 eactions to the new voting machines were mixed according to a sampling of voters exiting polls Tuesday, however precinct judges and other election officials were satisfied with the process.

Horace Herlocker Jr., who was leaving the polls at Loyalsock’s fifth precinct, said that he likes the new system, even though he didn’t do it right at first.

“It didn’t respond back when we said bring the ballot back, but after it sat for a while, it did. I like the new system, if you do it right,” he added.

“I think it’s better because you don’t have someone tampering with the machines,” interjected his wife, Deborah.

For voter Charles Stutzman, also from the Loyalsock site, the new machines were not a big deal.

“It didn’t bother me. Just check it and put it in,” he said, referring to the ballots. “I think it will probably be easier for the people rather than tallying all those machines. I think now we’ll get a conclusive total from that machine. I think it will be a benefit for that. I didn’t mind the paper.”

He added he thought the process was a little faster.

“Some think the paper ballots are easier, others think it’s a step back,” said Forrest K. Lehman, director of the county’s voter services.

He indicated that voters had shared a “spectrum of reactions” when he had demonstrated the machines prior to the election and that voters Tuesday were sharing the same feelings about the new machines.

“Some are experiencing the same spectrum of reactions,” he said.

In terms of reports of write-in stickers gumming up the machines, Lehman said that his office had not heard of any instances of that happening.

“We had a couple of issues where we replaced a scanner at a precinct, we had one or two ballot jams,” he said. “I don’t believe it was connected to stickers, at least — the best information I have at this point.”

Every election is a “massive public engagement” bringing together all 85 precincts in the county, in addition to the vast number of voters and poll workers within those precincts, Lehman said.

However, that also means the possibility of problems arising.

He stressed that the use of stickers for write-in candidates is permitted by law, although voter services would prefer that people write in the name of their candidate instead of using a sticker, citing the potential for complications.

“It appears that the governor signed an election reform bill into law last week, and it appears that in that law these stickers would be prohibited going forward,” said Lehman.

Jack McKernan, a write-in candidate for Lycoming County Commissioner, said that he had heard instances of poll workers telling voters that the stickers which he had printed could not be used.

“The only thing I’ve heard is at least seven precincts where the poll workers were telling people you couldn’t use the stickers,” he said. “It’s legal to use the stickers.”

McKernan said that he had shared his concerns with Lehman.

Linda and Doug Lawton, who were voting at Old Lycoming Township, said they both felt the new machines were easy to use.

“At least that way, if there is a question, they can count the paper ballots if they think the computer was rigged,” Doug Lawton said.

The rain, which was falling midday, did not seem to be hindering turnout, with the polling site at Old Lycoming Township totalling almost 600 voters.

At Loyalsock Township’s fifth precinct, Jamie Gilbert, judge of elections, indicated he had heard mixed reactions to the new machines.

Using a scanner allowed for more people to be seated and voting at the same time, which aided in keeping lines down, said other judges.

“It’s going surprisingly better than I thought it was,” apart from explaining the process to people, she said.

Peter Zielewicz, judge at the Lycoming College Recreation Center, said the voters he’s talked to have preferred the paper ballots.

“Others have had problems with the machines, but ours are working just fine. I haven’t had anybody’s ballot get stuck or get rejected,” he said.