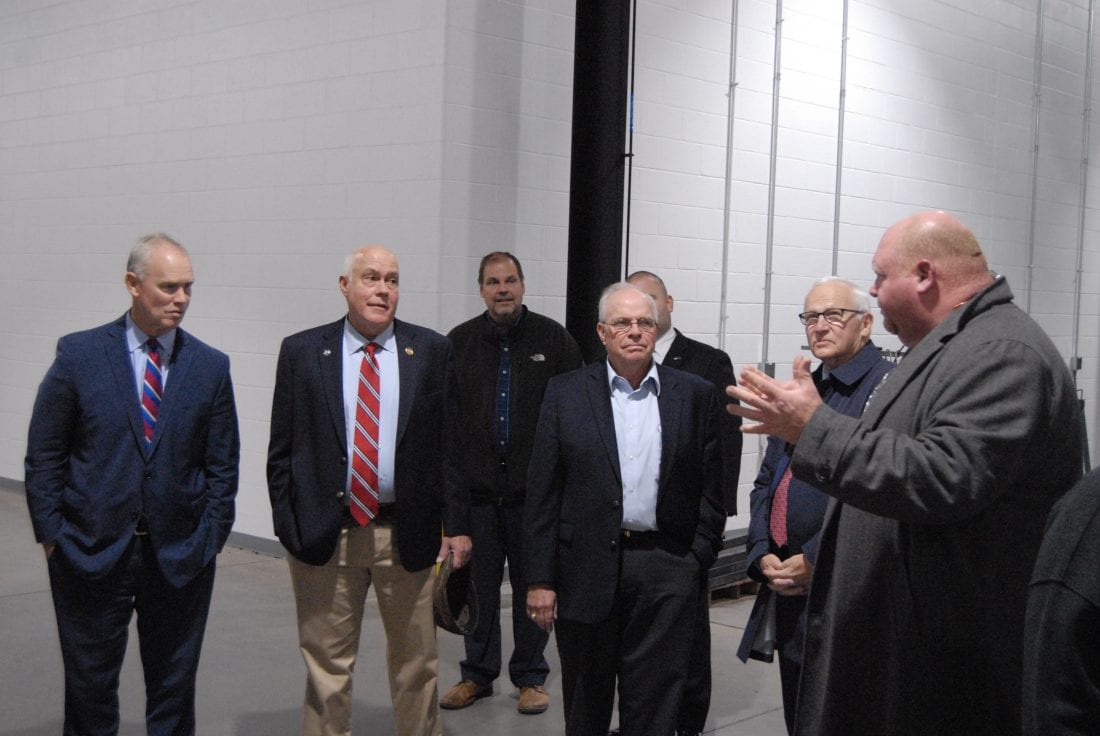 Focusing on public policy aimed at strengthening the commonwealth’s manufacturing industry, speaker of the state House of Representatives and other elected officials toured Pennsylvania College of Technology Thursday.

Through a federal Economic Development Administration grant, Penn College recently expanded its welding facilities to include plasma and laser cutters, as well as a robotic welding lab.

In the plastics lab, the officials observed the tensile pressure testing, injection molding, which uses many tons of force to create a plethora of shapes.

The officials also met Penn College’s Baja Team, a club which makes a single-rider vehicle to compete in national races with much larger schools.

“We want to get more students here from all corners of the state,” Turzai said.

The students are in high demand in the state’s manufacturing jobs, he said

“They need people who are graduating from Pennsylvania College of Technology, to be able to come out there and not only do the work of that facility, but the upstream and downstream opportunities,” he said.

Studies show that 80 to 85 percent of Penn College’s students come from the state and a further 85 percent of graduates stay in Pennsylvania for “good family-sustaining” job opportunities, said Turzai.

“I knew how good it was but (the college) exceeded it,” said Turzai “Given the breadth and depth of the quality of the faculty, machinery, equipment in the curriculum … oh, my goodness, I was so impressed — overwhelmed.”