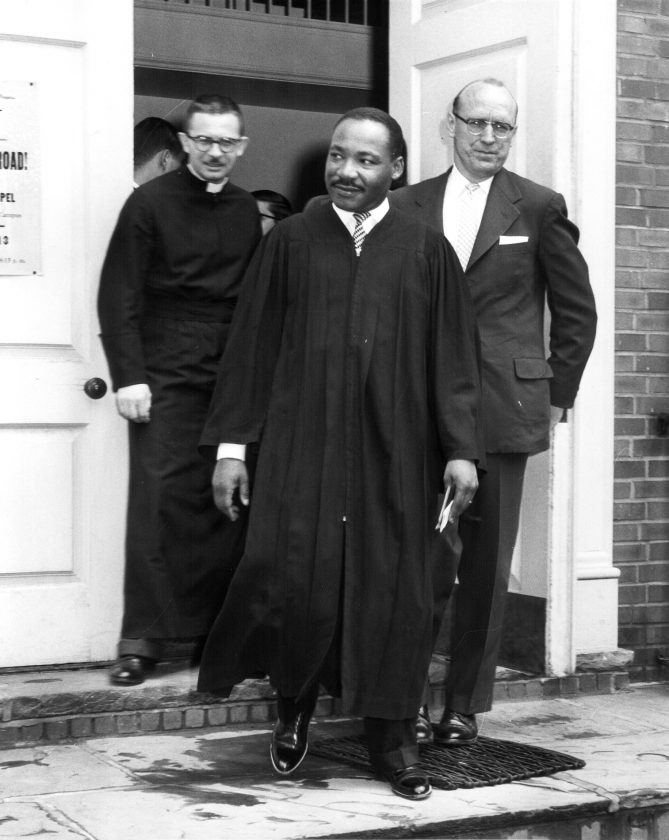 It was about two years before 1960 when Dr. Martin Luther King Jr. arrived in Williamsport to discuss a “new age.”

King spoke at Lycoming College on April 24, 1958, according to Sun-Gazette archives.

King was touring several colleges and universities around the nation.

He was president of the Montgomery, Improvement Association, having successfully lead the bus boycott in the segregated capital city of Alabama.

The tour was a stop in support of his philosophy of non-violence, said John F. Piper Jr., former dean of the college and a local historian.

King’s speech was titled, “Facing the Challenge of a New Age.”

Among the highlights of the speech was when King spoke of the coming decade.

“We stand between two ages,” he said, adding, these were “the dying old,” and the energetic new.”

King was trying to instill a thought about leaving behind racial prejudice and old thinking and embrace a growing concept that all men are created equal and endowed with certain inalienable rights of life, liberty and the pursuit of happiness.

Another reminder of King’s understanding of human nature was evident in the speech when he remarked: “The present tensions are the usual things that accompany a new birth — historically and biologically. There can be no birth without growing pains.”

King went on to say essentially that individuals could and should interact, or, as he called it “intergroup and then interpersonal living becomes a possibility.”

His lecture focused on moving past a world of exploitation and segregation, and moving into a world of freedom and justice, according to Piper’s accounts.

After the talk, King was captured smiling and greeting others outside of Clarke Chapel, followed in tow by then-Lycoming’s president, Dr. D. Frederick Wertz.