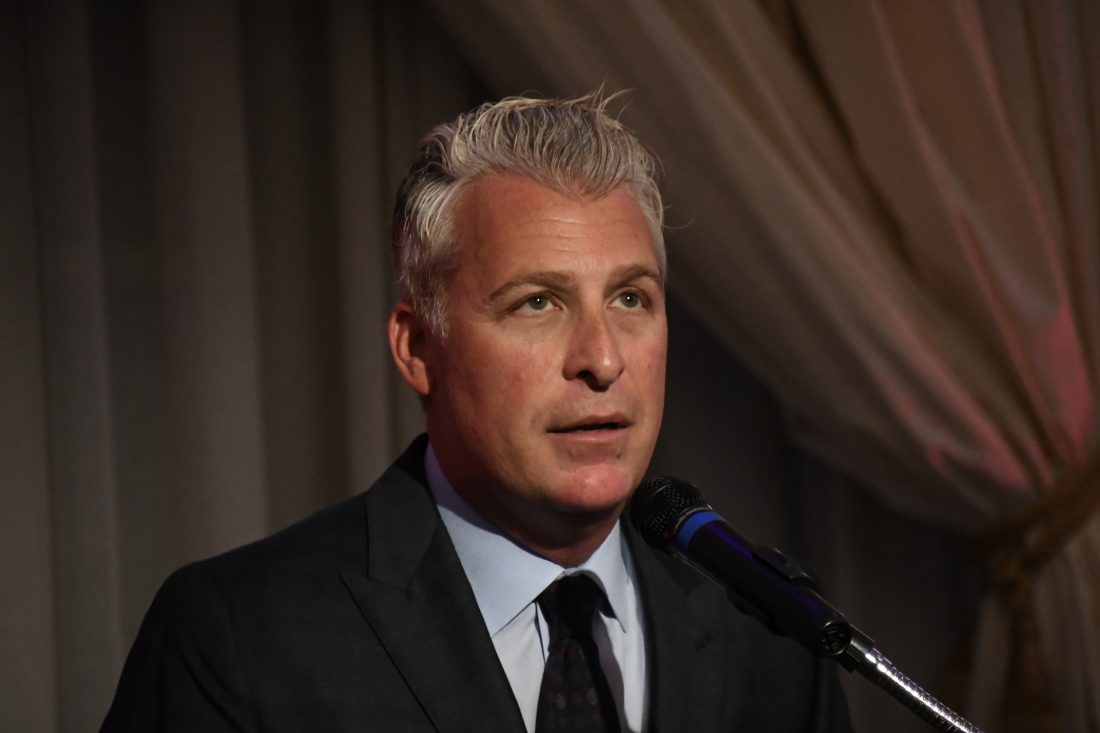 Peter Freund stood at the podium in front of a crowd of Williamsport Crosscutters fans Wednesday night at the Genetti Hotel’s ballroom and reassured the crowd the team wasn’t going to be leaving the city.

The team’s principal owner laid out reasons for optimism despite the Cutters’ inclusion on a list of minor league teams Major League Baseball would like to eliminate late last year.

It was the most definitive response anyone associated with the Cutters has given since a Baseball America report named the Williamsport Crosscutters as one of 42 minor league teams scheduled for contraction as part of the Professional Baseball Agreement negotiations between Major League Baseball (MLB) and Minor League Baseball (MiLB). Freund was steadfast both before and during the annual fundraising banquet Wednesday the Cutters will continue to exist beyond the 2020 season.

The PBA is set to expire following the 2020 season.

“We’re still in the first inning of negotiations,” said Freund, who is the principal owner of Trinity Sports Holdings, which has ownership stake in MLB’s New York Yankees and MiLB’s Memphis Redbirds and Charleston Riverdogs along with the Crosscutters. “There’s still quite a bit of time between now and 2021 and that season, and I think it will all shake out. It’s a negotiation. With that said, we’re very optimistic.”

The Crosscutters first arrived in Williamsport in 1994 as the Williamsport Cubs and were re-branded in 1999 as the Crosscutters. Since then, they have been affiliated with both the Pittsburgh Pirates and the Philadelphia Phillies. The team’s affiliation with the Phillies began in 2007.

MLB’s contention is there needs to be an overhaul of the minor league system at large in order to fit with the demands of player development. Among the things he wants to see improved during the PBA negotiations are increased facility standards at minor league ballparks to better accommodate the growing number of personnel which are assigned to minor league teams, including trainers, strength and conditioning coaches, video analysts and extra coaching staff. MLB commissioner Rob Manfred has also said that by reducing the number of teams in the minor league system, major league teams will be able to afford to pay players more money.

Freund said Wednesday those are not the real motivations behind Major League Baseball’s want to eliminate nearly 25% of its minor league teams.

“The reality is this has nothing to do with facilities and it has nothing to do with travel. It has to do with saving money on Major League Baseball’s side,” Freund said. “Take Williamsport as an example: Major League Baseball takes care of our field. We probably have the best field in all of Minor League Baseball, and I say that as someone who owns a Triple-A team (the Memphis Redbirds). It’s better than Memphis. We have new bullpens, a brand new party deck, brand new seating, brand new clubhouses that we just put in. So there’s nothing wrong with our facility. And as far as our travel is concerned, we are affiliated with the Philadelphia Phillies, whose affiliates are all right around us. So that’s certainly not an issue either. It’s just the excuse Major League Baseball hides behind to say this is why we’re doing it. The only thing this has to do with is if they eliminate 40 clubs, that’s that many fewer players they have to pay. It’s that basic.”

Freund is convinced there will continue to be baseball in Williamsport at the minor league level. But in what fashion baseball is here remains up in the air. At this point, there appear to be three options on the table.

First, things could remain just as they are. The Cutters would continue to be a member of the short-season New York-Penn League and business could go on as usual.

Or the team could be part of a Major League Baseball sponsored “Dream League” which would essentially act as independent league baseball where its players would be available to be signed by major league clubs. The Cutters would not be affiliated with a particular major league club in this scenario. Its players would essentially be free agents who are looking to get into affiliated baseball.

Thirdly, there is a possibility the team could be transformed into a full-season team, as it used to be when it was a member of the Class AA Eastern League from 1987-1991.

“We’re open to any and all options,” Freund said. “But we believe affiliated baseball is where we’ll remain. I don’t want anyone losing sleep over this because there’s no reason to. Whether it’s as a Phillies affiliate or another affiliate, I can this is one of the most desired places in the country for Minor League Baseball.”