Veteran lawmaker anxious to get to work 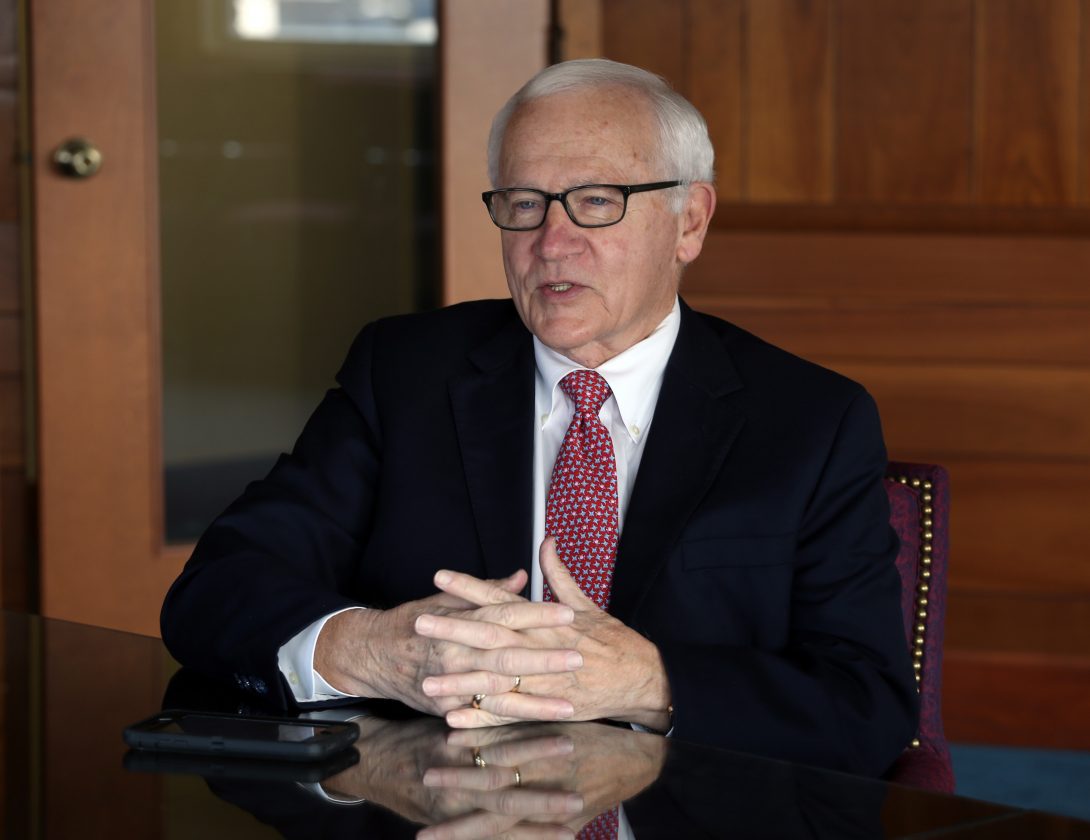 KAREN VIBERT-KENNEDY/Sun-Gazette State Sen. Gene Yaw, R-Loyalsock Township, talks to the editorial board of the WIlliamsport Sun-Gazette on Wednesday.

Yaw, who recently announced he’s running for re-election to the Senate, spoke on a number of issues Wednesday with the Sun-Gazette.

He noted the legislation he’s sponsored to target cleanup of the Chesapeake Bay, including a Senate bill which proposes to implement a nutrient procurement program using competitive bidding. The bill passed 33-17 in the Senate.

Another piece of legislation sponsored by Yaw directed toward meeting Chesapeake Bay clean water guidelines sets standards for application of fertilizer to turf areas such as lawns, golf courses, and athletic fields.

He said he is disappointed by reports that the governor of Maryland, Larry Hogan, is considering a lawsuit against Pennsylvania over the issue.

“I think it’s counterproductive,” Yaw said. “Why don’t you spend the money on something productive?”

He praised legislation proposed by state Rep. Garth Everett, R-Pennsdale, to provide tuition assistance to state-system universities to students who volunteer as firefighters, but cautioned that the initiative was unlikely to completely replenish the number of volunteers.

He noted that the time for consolidating many departments may have arrived.

It’s quite possible, he noted, that there exist just too many volunteer units.

“We need a different model,” he said. ‘The all-volunteer model has probably run its course.”

Yaw said in some cases, departments in need of funding don’t take advantage of available pools of government money.

Regarding additional funding for the state’s public universities, Yaw said money streams the schools now receive must be applied in the right way.

He acknowledged that some schools comprising the Pennsylvania State System of Higher Education such as Mansfield University have struggled to continue operating.

Yaw said he could support some type of property tax reform, but not an approach which significantly increases the personal income tax. He said he prefers proposals to increase rebates under the homestead/farmstead program or provides relief specifically to elderly homeowners.

First elected to the Senate in 2008, Yaw said he does not support term limits for lawmakers.

After all, seasoned lawmakers bring experience to the table and build relationships.

He said bureaucrats are the real problem in government, and experienced legislators and other elected officials can navigate the bureaucracy and challenge obstinate bureaucrats more effectively.

Yaw said he wants to continue on as a lawmaker to address issues surrounding the state’s natural gas industry and the Chesapeake Bay cleanup.

And, he’s hopeful of making a difference.