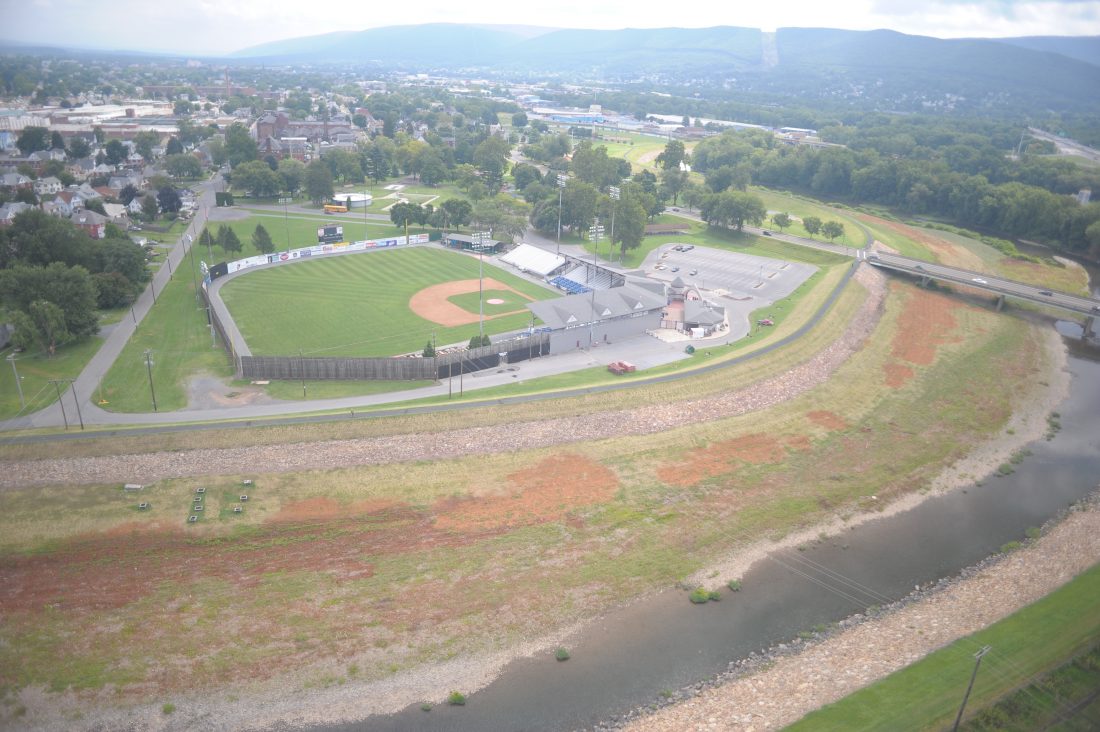 A grant of $5.6 million from President Donald Trump’s administration will be used toward the Williamsport levee reconstruction and support job creation and economic stability in Lycoming County, administration and local officials said.

Notice of the grant from the U.S. Department of Commerce’s Economic Development Administration was received Friday by federal lawmakers and confirmed Monday.

The grant will go to the portion of the levee along Lycoming Creek near Bowman Field. The grant requires a $1.4 million match, according to Commerce Secretary Wilbur Ross.

The grant will be used to prevent flooding by repairing a structurally unsound I-wall within the levee in the city, he said.

The grant also is meant to create jobs and spur private investment in the city. It is to be for a designated Opportunity Zone, and requires a match of $1.4 million in local investment.

“This EDA grant reflects the Trump Administration’s diligent work to rebuild our nation’s infrastructure, especially in Opportunity Zones that have been greatly impacted by natural disasters,” Ross said.

“This investment will help repair a series of critical steel-reinforced wall panels that aide in preventing catastrophic flooding in Williamsport’s economic epicenter, one of Pennsylvania’s Opportunity Zones,” said Dr. John Fleming, U.S. Assistant Secretary of Commerce for Economic Development. “Disaster-resilient infrastructure is a key component to sustain local economies in the event of severe weather.”

“This grant will help modernize and improve the greater Williamsport levee to protect Williamsport’s bustling economy that supports thousands of jobs in the downtown business district,” Toomey said.

“It will also give confidence to businesses and industry wanting to expand operations in Williamsport,” he said. “I was glad to support Lycoming County’s application for this grant, and am pleased the U.S. Department of Commerce saw fit to award it to this deserving community.”

“Too many communities in Central Pennsylvania experience severe and unpredictable weather, including flooding,” Casey said.

“I was proud to advocate for Lycoming County and I’m pleased that the Department of Commerce Economic Development Administration has awarded funds to make necessary levee repairs in the greater Williamsport Area.

“We are very grateful for this particular grant and the prospect that very soon all the known costs will be covered,” said Council President Randall J. Allison.

“We’ve come a long way since the levee recertification issue was dropped in our laps several years ago now,” he said.

“I know council and the administration are extremely grateful to the commissioners and employees at the county,” Allison said.

The grant comes after locals visited the White House in 2019 and spoke with staff to plead the case and show them the partnerships involved were working on the same goal.

The estimated cost of the levee project is between $13.6 and $16 million, and, if possible, shovel-ready projects in the state are to be funded.

The recertification process has taken more than eight years. It is required under regulations following devastating levee breaches in Louisiana during Hurricane Katrina in 2005.

If the levee was not repaired in stages and recertification achieved, those protected by it would need to pay for flood insurance.

The levee was inspected and there are new relief wells being put in on the city and South Williamsport side. The next job is to replace cross pipes in the levee and then move onto the I-wall along the Lycoming Creek side of the levee, the county planning department said.

The levee, completed in the mid-1950s, protects an estimated $4 billion of residential, industrial, commercial real estate in the city and region, according to the county assessment values of the property.

“This sizeable grant, coupled with investments from state and local stakeholders, will help protect the nearly 120,000 people living in the greater Williamsport area and the area’s regional economic assets,” Keller said, adding, “I look forward to continuing to work with federal, state, and local partners to continue to ensure the levee upgrade project has the funding it needs as the project continues to move ahead.”

Fitzgerald said credited the efforts of Keller Partners, a Washington, D.C., lobbyist firm that applied for the grant from the Commerce Department.

The Lycoming County Commissioners also put out a joint statement highlighting the importance of the grant. Improvements to the levee are the community’s number one priority, supported by everyone, they said.

“It is critically important for many reasons including safety of our residents and businesses economic development potential and federal compliance.

“Now we will have the funding to do the necessary work on the levee’s first phase so that all residents can rest easy.

“We’re going to be able to repair faulty drainage cross pipes and the I-wall in the area of Memorial Avenue and Dewey Avenue.”