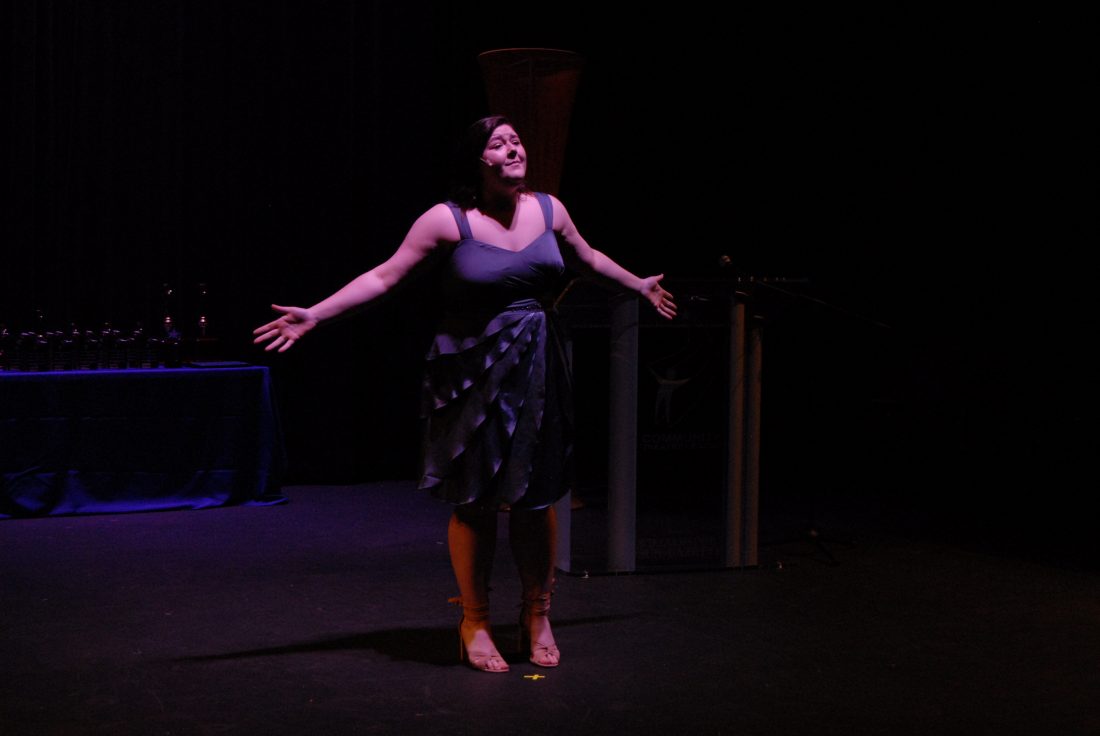 The 12th annual Ray of Light ceremony looked a lot different this year with an indoor red carpet at the Community Theatre League on West Third Street, recorded performances and a much smaller audience, according to Executive Director Seth Sponhouse.

These changes, alongside others, were made due to the closure of schools and businesses because of the COVID-19 pandemic, to ensure the safety of the students, directors and staff.

“Since COVID came and broke and rocked everyone’s world, a lot of things were being canceled,” Sponhouse said. “We felt the pressure and responsibility to put something together, especially for our seniors. We started thinking, what can we judge, who can we judge, but also the ceremony itself and how we can make it happen?”

Normally, the ceremony would be held at the Community Arts Center on West Fourth Street, starting with a long red carpet outside for families and directors to take photos of the nominees.

This year, the red carpet was shortened to the lobby of the CTL for photos to be taken by Albright Studio.

All of the area’s schools were able to have their plays in production and were judged at the ceremony.

School musicals this year were performed via previously recorded videos or solo performances and were each honored with a plaque instead of having a winner.

In addition, the runner-ups for each award also got a certificate of accomplishment.

“We hope to still encapsulate the celebration of high school arts,” Sponhouse added.

With the mindset that the show must go on — however unusually, Ray of Light organizers found a different way to celebrate student theater.

“In our 12 years of celebrating the amazing accomplishments in high school theater, our world has not quite seen anything like the COVID-19 crisis,” Phillip J. Vonada, with the Community Theatre League, said. “It left stages dark, sets unused and songs unheard starting mid-March.”