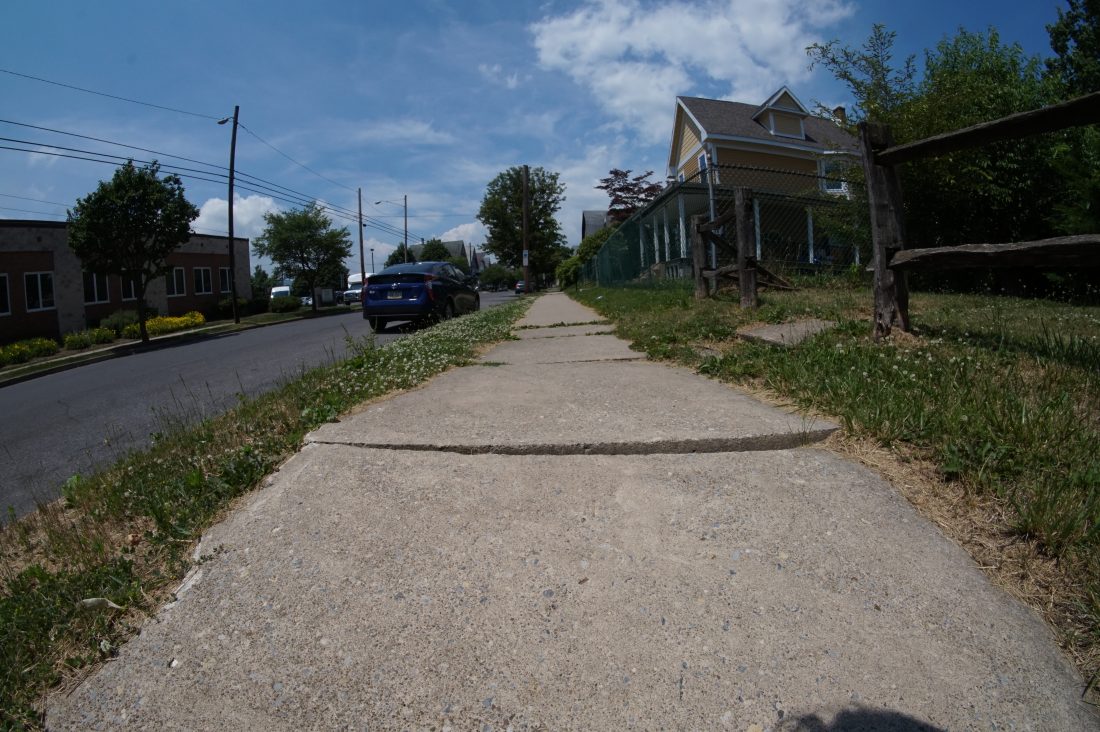 Before COVID-19, the city Bureau of Codes was tasked by a prior administration with inspecting every square inch of sidewalk and if any cracks, lumps or heaves were found requiring homeowners to fix it on their dime.

“Nobody is putting sidewalk inspection at a higher priority these days,” said Joseph Gerardi, city codes administrator, the man in charge of what has become a four-enforcement-officer department.

The virus and its economic impacts on city coffers and taxpayers has replaced the urgency of inspecting 330 miles of sidewalk in Lycoming County’s largest community.

The citywide canvassing was an idea first discussed in January 2018 at a public meeting at the Sechler room in City Hall, Council President Randall J. Allison said.

The city has 330 miles of sidewalk, according to Allison, a figure confirmed by Joseph Gerardi, city codes administrator, who was to be in charge of the project.

Gerardi said that Mayor Derek Slaughter has not brought up the citywide inspection to him.

Such an enormous project would obviously need a significant amount of study, planning and financial consideration before any financial implementation was possible, Allison said.

Higher tax rates and the threat that COVID-19 closing businesses and companies having to struggle to survive and get back on their feet are bigger issues for the city, Gerardi said.

Council committees on finance and public works repeatedly have discussed the virus impact on the budget, with nearly $4 million coming from business privilege and mercantile taxes from stores that have been closed or had restrictions.

Today, too, a taxpayer with a city property assessed at $100,000 is paying about $4,000 in combined city, school and county real estate taxes, according to the city finance department. A mill of tax generates $880,000. The combined real estate tax for those households is the cost of what it takes to replace sidewalk.

“That’s a strip of average sidewalk on the average front of a property,” Gerardi said.

While the wider inspection of sidewalk is on hold, Slaughter said sidewalk improvements are going to take place, pandemic or not.

“Although sidewalk work is not a top priority at the moment, it does not diminish its importance,” Slaughter said. Street reconstruction projects planned and ongoing include the addition of sidewalks, he said.

“There are ongoing street projects that include sidewalk reconstruction, ramp work at intersections and other work,” Slaughter said, adding that if there is a complaint, the code enforcement officers will check on it.

“If there is an emergency concern involving sidewalks, the city needs to be made aware immediately,” Slaughter said.

Access is one of the primary reasons Campana had Gerardi begin the canvassing process.

Access remains crucial in this administration, especially those who have to see barriers such as curbs removed, Gerardi said.

“We are required by federal law (Americans with Disabilities Act) to do the curb cuts at intersections,” he said.