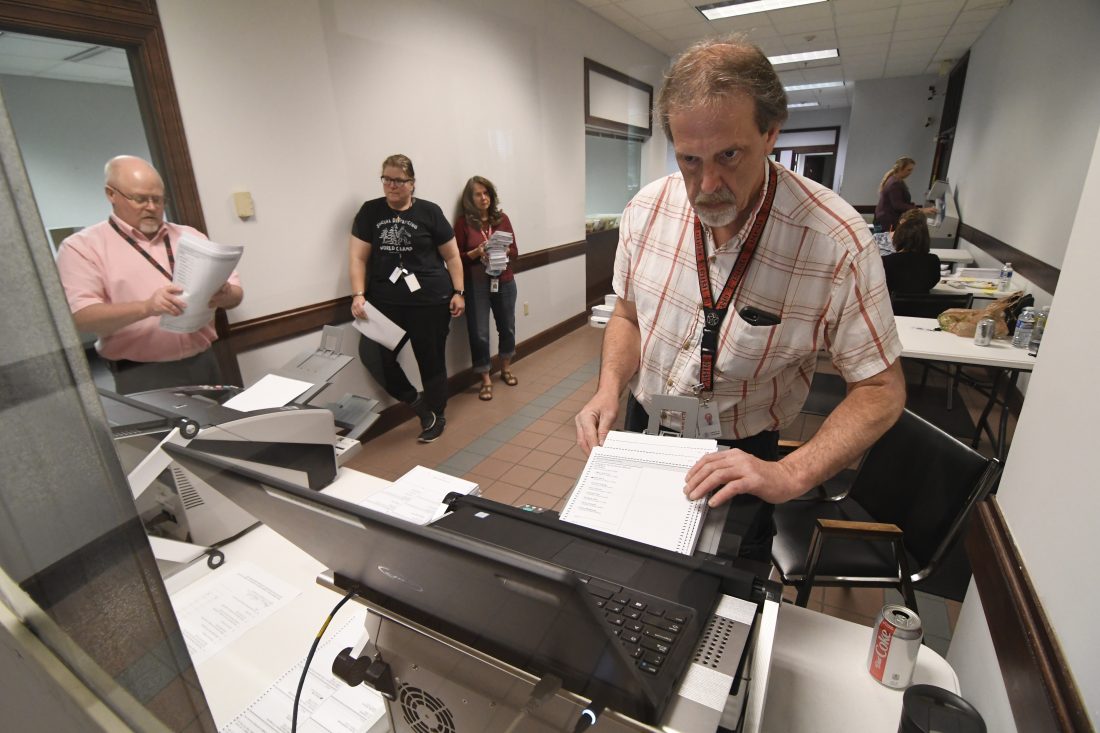 The delay in provisional vote tallying and the onerous process of determining if the vote has already been cast is too much for administrations statewide to handle.

“I think we’re going to learn a lot today as we go and be able to apply that forward to November,” Forrest Lehman, director of elections and registrations in Lycoming County, said of the primary election Tuesday.

In October 2019, Gov. Tom Wolf signed Act 77 into law, which allows voters to vote by mail without providing an excuse, among other changes.

However, the COVID-19 pandemic drastically increased the number of voters who chose to receive a mail-in ballot. The large influx of mail caused the U.S. Postal Service to delay and possibly lose some ballots, Lehman said.

Many voters and county officials lost trust in the postal service to deliver the ballots before the 8 p.m. deadline on election day, he asserts.

This prompted Lehman, along with other counties, to recommend that voters arrive in-person to fill out a provisional ballot.

These ballots can’t be counted until all other ballots have been tallied and require research into that voter to learn if that person had already voted via another medium.

“The state legislature is going to need to take a look at that, because all the counties in the state had returned rates of around 60 to 70 percent,” said Lehman. “So they’re all in the same boat.”

Not only is it a huge administrative burden for poll workers, but mailed-in ballots also delayed counting and therefore the election results, he said.

Counties have been forced to develop new procedures to handle such a large operation, which “came out of nowhere,” due to Act 77, he said.

Various solutions exist, from allowing voters to drop off their mail-in ballots at the polls, rather than having them only being allowed to give them to the Office of Voter Services, or moving the application deadline further back rather than a week before the election, said Lehman.

“We’re going to need relief from the general assembly to the election code so that we’re not seeing this huge number of provisional ballots,” he said. “I don’t think that’s the way that our state election laws should work — that’s not a good outcome.”