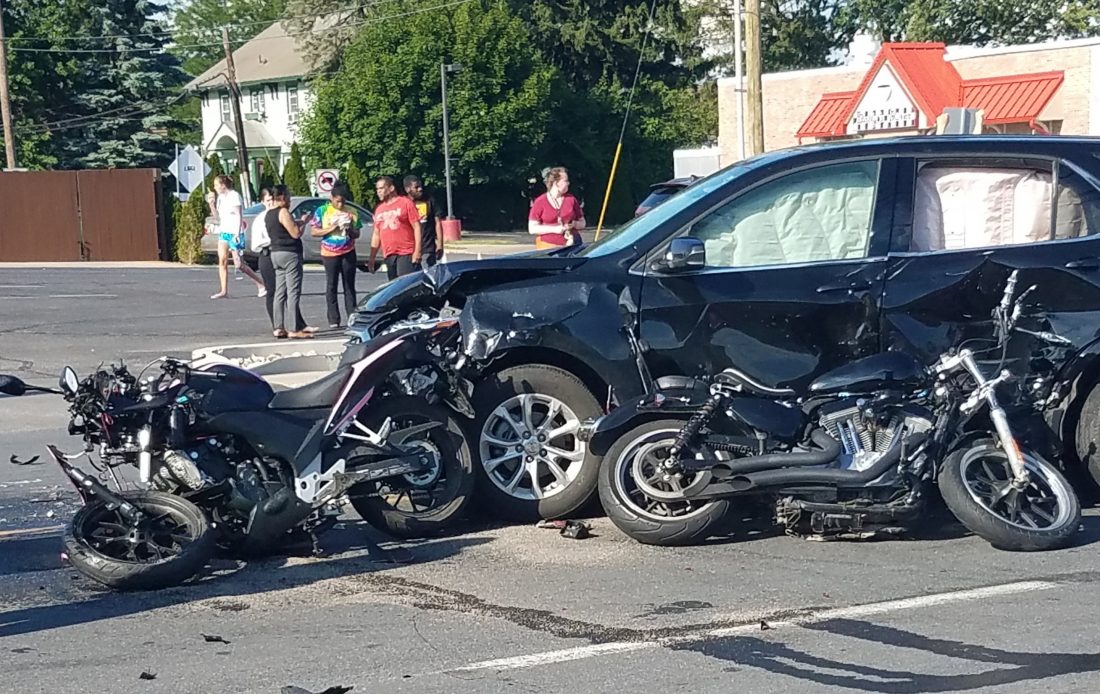 The two motorcycles were traveling east in the passing lane when they and the Equinox collided as its female driver was pulling out of TGI Fridays to head west, police said.

At least four ambulances and several paramedics were dispatched.

The three motorcyclists and the driver of the Equinox were all taken to UPMC Williamsport. There was no word on their medical condition Tuesday night.

Traffic was detoured off of East Third Street from Westminster Drive to Clayton Avenue.

Police closed off the area for an extended period of time as an accident reconstructionist processed the scene.

The identities of those involved were expected to be released later today, police said.