Mitch Rupert on Lycoming football: Where has the offense been all year?

The easy question after two dominant victories by the Lycoming football team is where has this been all season? An offense which struggled to get out of its own way during a four-game losing streak all of a sudden is setting school records for yards and accomplishing things which haven’t been done in decades.

So, seriously, where has this been all year? While it’s an easy question for outsiders to ask, it’s not one the Warriors are particularly interested in answering. They already know they can’t do anything about those games in the past in which they didn’t perform offensively. So why bother even talking about it?

“We see these last two games and we know what we can do and what we’re capable of,” senior lineman Cody Botts said. “But we’re not going focus on the past. We’re going to focus on getting another ‘W’ next week. But we know how good we can be when we get it right.”

It’s pretty amazing how quickly the Warriors were able to flip the switch from a team which failed to score 20 points in three consecutive weeks to one which recorded a school record 640 yards of offense against FDU-Florham and followed it up with 543 against Misericordia. All the things the Warriors thought they were capable of when the season began back in August have come to fruition over the last two weeks.

The Warriors hung a 50-burger last week on a Misericordia team who was third in the Middle Atlantic Conference in scoring defense before last week. The 640 yards it gained against FDU-Florham was the most ever gained by a Lycoming football team ever.

Maybe sometimes it’s best not to question situations like this. And that appears to be the route Lycoming is taking. When they hit their bye week three weeks ago at 1-5, internally they reset their goals to finish with four wins and get to .500 for the season. That’s within reach with the improvements made over the last couple weeks.

The question of what has changed has many answers. Is it improved health? Is it better understanding and execution of the concepts? Is it players finally settling into their roles?

But none of that matters with the Warriors’ next challenge staring them in the face. Lebanon Valley isn’t a team to be taken lightly. Its season includes a win over Widener. A one-score loss to one-loss Wilkes, and an overtime loss to Misericordia.

So Lycoming isn’t bothering looking back. All that just isn’t important in the scheme of this week’s assignment. Instead, they’re focused on the here and the now. The rest will take care of itself. Especially if they continue what they began the last two weeks.

Here’s a closer look at Lycoming’s 51-14 win over Misericordia on Saturday:

TIDE-TURNING PLAY: Facing fourth-and-3 from the Misericordia 30-yard line, there was no hesitation from Clark. He was going to go for it with more than 11 minutes remaining in the second quarter and the Warriors leading by two scores. He took a timeout for an extra few seconds to talk about the play he wanted. What Clark dialed up was the perfect in-cutting route from Dezmen Johnson, who was lined up as the middle man in a trips formation to the right. Johnson gave Shemory a perfect target for a 5-yard completion which moved the chains. Six plays later Shemory rushed for his second touchdown on a quarterback sneak and Lycoming had a three-score lead on Misericordia.

BEST DEFENSIVE STAND: It was a rather innocuous three-and-out the Warriors forced to begin the third quarter. But it was huge in terms of momentum. Misericordia ran out of time as it tried to punch in a score in the red zone to end the first half. And on the first play of the second half, defensive end Duane Boone dropped quarterback Brady Williams for a 1-yard loss. Pressure in the backfield forced Williams to throw away the ball on second down. And on third down Jarrell Payne made a quick tackle on an underneath route for just a 3-yard gain and the Cougars were forced to punt. Lycoming pushed its lead to 34-14 on its ensuing possession when Shemory ran 48 yards for a touchdown.

“I’ll take our front any day,” linebacker Sam Pawlikowski said. “Those guys just wreak havoc and make the quarterback uncomfortable. That quarterback is a good quarterback and we had him moving around and he couldn’t set his feet. It created a problem for them all day.”

BEST OFFENSIVE PLAY: Lycoming hasn’t called for it much this season, but when they have run their run-pass option on a slant, they have found a ton of success. So on its second play Saturday, Shemory saw a cover-0 coverage from Misericordia, basically meaning there was no safety coverage in the middle of the field. So he pulled the ball away from running back Keith Batkowski and hit receiver Steve Toczylousky in stride. Toczylousky got behind the Cougars defense and went 61 yards for a touchdown just 51 seconds into the game. And the Warrior offense never took its foot off the gas after that.

TELLING STAT: Lycoming didn’t punt the ball once Saturday. That’s the first time since Sept. 7, 2002, it didn’t punt during a game. The previous instance came in a 54-0 win over Delaware Valley. The Warriors also ran the ball 55 times. It marked the second consecutive week Lycoming’s offense ran the ball at least 50 times. It was the first it has done that since Oct. 22 and Oct. 29, 2011, when it ran 54 times against Stevenson and 69 times in eight inches of snow against Lebanon Valley.

LOCAL ROUNDUP: Lycoming – Jersey Shore’s Elijah Shemory was named the MAC Offensive Player of the Week after he completed 16 of 24 passes for 201 yards and a pair of touchdowns, and also ran 17 times for 114 yards and four touchdowns. He was the first Lycoming QB to run for 100 yards in a game in two years. Montoursville graduate Keith Batkowski rushed 14 times for 48 yards and also made a special teams tackle. Montgomery’s Hunter Budman carried once for four yards. Hughesville’s Jase Wright made four tackles, including three solo stops, and forced a fumble on a kickoff. Jersey Shore’s David Tomb made one solo tackle. Montoursville’s Jake Strassner played but did not record any stats for the Warriors.

LYCOMING OFFENSIVE MVP: Consider this: In his last two games, Shemory has accounted for 12 touchdowns. That’s right, 12. Yup, 12. That’s a lot. His most complete performance of the season came Saturday as Clark threw caution to the wind and allowed Shemory to once again use his legs to make things happen. His 48-yard touchdown run was the longest rushing gain of his career. His first 100-yard rushing game (114 yards) puts him a mere 15 behind Craig Needhammer for the most 100-yard games in a career. Shemory’s four rushing touchdowns gave him seven this season and 15 for his career. Those 15 rushing TDs put him in a tie for 14th in school history.

“In high school I might have run for five touchdowns in my whole career,” Shemory said. “I didn’t run a lot in high school, but it’s been working here so we’re going to keep doing it.”

LYCOMING DEFENSIVE MVP: Sam Pawlikowski is by no means the biggest linebacker on the field, but good luck finding one faster. The senior’s strength is in his ability to cover the entire field and then deliver a punishing hit. Or, like Saturday, he complements that with the wherewithal to get in the right spot to catch a deflection. The senior from New Jersey made five tackles Saturday, including one for loss. He also caught a pass tipped by safety Austin Rowley for his first interception of the season.

UNSUNG HERO: Jake Strassner was one of 23 Lycoming seniors honored prior to Saturday’s game with the traditional run through the tunnel of players formed on the field. The senior from Montoursville hasn’t seen the field much in his career, largely playing a role on the Warriors’ scout team. But he did make his first career tackle against Delaware Valley earlier this year and has found a spot on some special teams units this season. Strassner was injured his knee covering a kickoff Saturday, but his four years of contribution to the Warriors has not gone unnoticed.

“He’s such a gritty guy and he’s always willing to put his body out there and do what the team needs him to do, and that’s huge,” Lycoming lineman Cody Botts said. “If every team has guys like that, they’re going to be a successful team.”

“Guys like him are invaluable,” Clark said. “He’s hung in there, he’s a great kid, and he’s found a role on some special teams for us this year. I think guys like Jacob, it says a lot about him as a person to stick it out. The guys love him and, like all of our seniors, he’s an important part of our team.”

Mitch Rupert covers Lycoming football for the Sun-Gazette. He can be reached at 326-1551, ext. 3129, or by email at mrupert@sungazette.com. Follow him on Twitter at @Mitch_Rupert.

STATE COLLEGE — Penn State put up a tough fight against Big Ten-leading Rutgers, but the Scarlet Knights went on ...

TURBOTVILLE – The shrug of Kaden Majcher’s shoulders said it all. His 14-takedown performance Thursday night ... 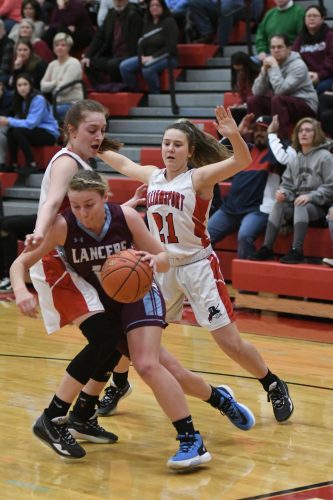 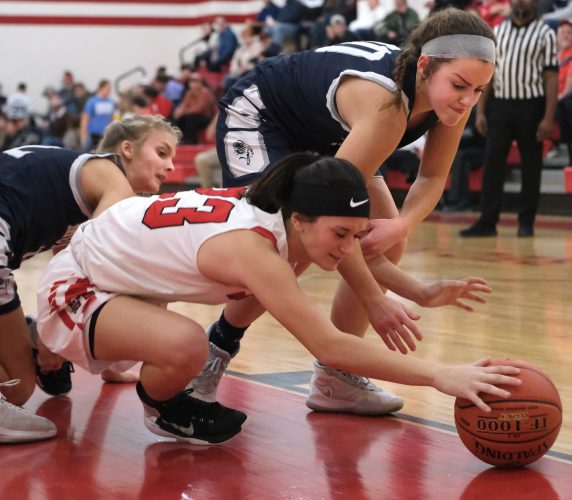