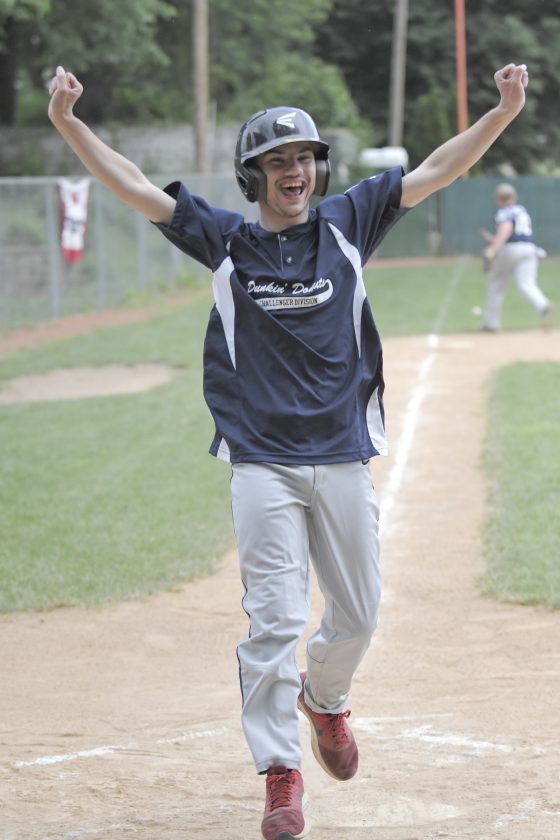 The genesis for Original League getting the organization’s first ever Challenger Division began last October.

Mark Powell, the league’s second vice president and a board member, had been involved with the Special Olympics with his wife, Tammy, for quite awhile. The two brought up the idea of a Challenger Division team to some Special Olympic parents and received positive feedback.

From there, the Powells explored the idea with Original League’s board members, and the idea was approved. Now a team for physically and mentally challenged individuals within the league has been formed.

This year marks the first time Original League has a Challenger Division and it’s something president Steve Springman Jr. is more than excited about.

“It’s been extremely rewarding. Especially being in the birthplace of Little League and not having a real season this year,” Springman said. “Not a lot know that we’re doing it yet, but the kids have had a blast and enjoy being on the field, hitting the baseball and running the bases. It’s nice when they’re smiling, laughing and having a good old time. You know you’ve done the right thing with the league and organization.”

Original League has one Challenger Division team made up of 14 kids. Springman said the league has a 7-on-7 game once a week. In addition to that game, the team plays against Hughesville’s Challenger team, alternating between the two sites.

“Hopefully next year COVID-19 is behind us and hopefully we get other local leagues to participate as well,” Springman said. “I’m pretty sure there are two or three other leagues that were going to do so, but they kind of shut it down due to the coronavirus. Hopefully they’ll be back up and running next year.”

Original League is an independent youth baseball organization, meaning the league is not affiliated with Little League International. However, Original League does follow Little League International’s guidelines regarding the Challenger Division and used that, in addition to what the Powells came up with from their time around the Special Olympics, to form their own set of rules and guidelines.

Original League didn’t have to spend any extra money to get the Challenger Division running other than a dozen or so new baseball.

Springman credited Tammy Powell as well for doing a lot of the leg work regarding scheduling and getting the teams organized. He also was quick to point out that he doesn’t deserve all of the credit. The league as a whole made it happen.

“It was a great feeling seeing the kids running around and smiling. I’m not just going to put it on myself. It’s the league and organization and board members,” Springman said. “All the league members that voted on it (deserve credit). It’s not just me, it’s all of us.

“On my end, it was pretty exciting and rewarding just to see the kids get out. I’m sure a lot have been cooped up in the house and whatnot.”

The Challenger players will be smiling during every game they play and for Springman and Original League, that’s a memory they’ll always have to cherish.