Some of prolific Williamsport painter’s pieces still in city 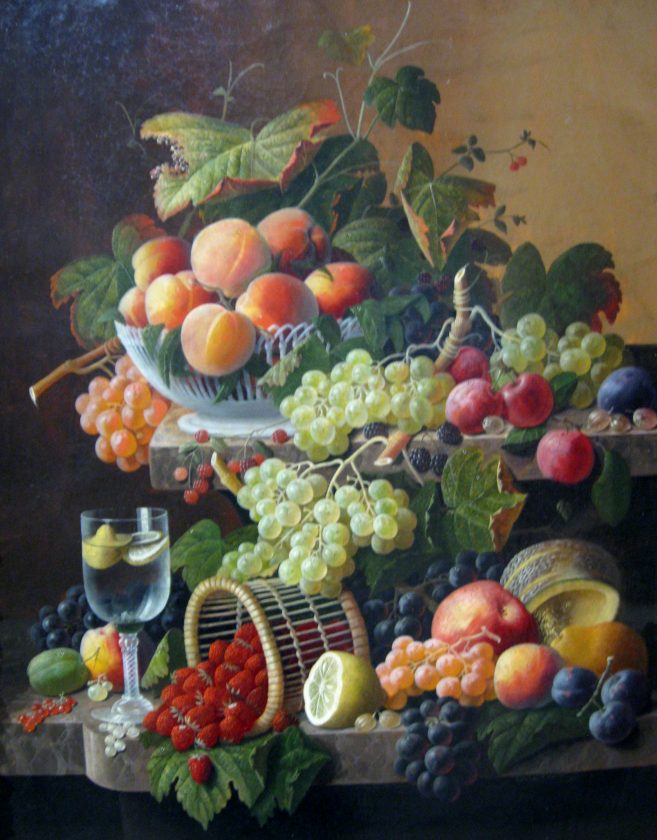 The Philadelphia Inquirer shared, on Feb. 14, 1962, that First Lady Jacqueline Kennedy had received several 18th and 19th century paintings that were donated by citizens from across the country to “give the executive mansion an historical atmosphere.”

Among those donated were pieces entitled “Still Life With Fruit” and “Nature’s Bounty.” Both were painted in the early 1850s by artist Severin Roesen, a Williamsport resident in the 1860s and 1870s.

Author Judith Hansen O’Toole, in her 1992 book about Roesen, described him as a “prolific painter whose impact on the American still-life tradition of the mid- to late 1800s was far-reaching.”

“The quality of Roesen’s work has caused him to be represented in virtually every discussion of American still-life painting, and his works are in numerous prestigious collections, both public and private,” O’Toole wrote.

Roesen was a resident of Williamsport for several years, his name appearing in city directories in 1866 and 1872.

However, little is known about him before his arrival in Williamsport, and what is known about him after his time here seems also to have been lost to history. Yet Roesen’s works still hangs in homes and museums around the world.

Roesen also has had a bit of resurgence thanks to a rumored connection with the Tallman family and the urban legend surrounding the portrait of Nellie Tallman. This year, the Taber Museum chose the Nellie Tallman portrait for its Little League World Series pin.

Sophia died young, and Roesen met 18-year-old Wilhelmine and married her in 1849 at a Lutheran church in New York City. By 1852, Roesen had displayed nearly a dozen of his paintings and he left New York City.

“(New York City) directories list his address until 1858. His wife, Wilhelmena, and three children continued to be listed in subsequent directories after the artist left,” O’Toole wrote.

Roesen traveled to Philadelphia and then began spending time in communities in Pennsylvania with a heavy German population.

“Roesen visited a number of communities in Pennsylvania before settling in Williamsport in 1860,” O’Toole said. It was here that “he worked for 12 years, the longest period that he would work in any American city.”

While in Williamsport he set up a studio in Market Square, according to a Feb. 17, 1962, article in the Williamsport Sun Gazette.

Other articles shed additional light about Roesen’s time in Williamsport. The Sun and Banner, a predecessor to the Sun-Gazette, published an article on June 27, 1895, that said his studio was “much frequented by his friends, who would sit all day with this genial, well read and generous companion, smoking his pipes and drinking his beer.”

It further stated that “he was seldom without this beverage.”

Another article on Jan. 7, 1896, discussed “two magnficient paintings by the famous Roesen, representing fruit and flowers” that were being sold by the widow of Williamsport Mayor Samuel Crans. Crans served from 1884 to 1886. She was selling the paintings for $100, but the report said they were worth $500.

As to what happened to Roesen after 1872 is anyone’s guess.

“No record of his death has come to light in that community or any other where oral tradition claims he may have gone,” O’Toole wrote. “Thus, it is only through the quality and quantity of his works that we can truly recall this artist.”

While information about the artist may be difficult to find, many of Roesen’s paintings may be found in Williamsport. Roesen was known to include a bird’s nest in many of his still life paintings, making some of his works easy to spot.

Lycoming County resident Melissa Wolfe Mahler said her grandmother, the daughter-in-law of former Williamsport Mayor Charles Wolfe who served from 1908 to 1911, had inherited a painting from him.

“I don’t know which one it was. She kept it in storage because it was too large to display in her apartment,” Mahler said.

She said the storage fees became too much and so she sold it 10 years before Kennedy received the paintings for the White House in 1962.

“(My grandmother) just remembered Jackie Kennedy hanging a Roesen in the White House and all his paintings were suddenly worth six figures,” Mahler said.

According to the art auction site Invaluable.com, a listing of Roesen’s works show paintings valued from $2,000 to $90,000.

“My mom has two Roesen prints on canvas and a poster because my dad was a big fan of Roesen. (My dad) remembers visiting his grandfather and staring for hours at the details in the painting,” Mahler said.

She added her family was “glad we can view one any time” at the Taber Museum.

Looking back on Roesen’s career, O’Toole was able to catalogue an estimated 250 paintings. She said his work not only influenced the Williamsport community, but his influence is felt all over the world.

“As a teacher, both directly and indirectly, Roesen had an impact on American painters who turned to the still-life tradition in significant numbers late in the (19th century),” O’Toole said.