Senior Hadyn Swartwood, a Jersey Shore grad, claimed his third Middle Atlantic Conference title with a 2-1 decision over Messiah’s Brian Shermeyer in the 174-pound championship bout on Saturday in Lamade Gym to highlight the Lycoming College wrestling team’s day at the MAC Championships, where the team finished third in the seven-team field.

Swartwood used an early second-period escape and a riding-time point to beat Shermeyer for the second time in seven days, collecting his 99th win as a Warrior in the process.

Swartwood became the first Warrior to claim three MAC Championship titles since Tommy Snyder (2004-06). Swartwood posted a fall in 1 minute, 23 seconds over Messiah’s Tyler Riley in the first round, won via tech fall (15-0) over Stevens’ Nico Ziccardi before posting a 10-4 win over Chase Smith of Alvernia in the semifinal bout.

Three other Warriors joined Swartwood in the championship bouts at their respective weights. Junior Shane Casey (125 pounds), senior Joe Santomarco (149) and sophomore Connor Fulmer (285) all placed second as the Warriors accumulated 126.5 tournament points and finished behind only 24th-ranked Stevens and 16th-ranked Messiah.

Freshman Jacob Estevez (285) took third in the heavyweight class, using a slam takedown in the his third-place bout to put an exclamation point on the tournament, beating Youssef Ait Boulhari of Delaware Valley, 3-1. 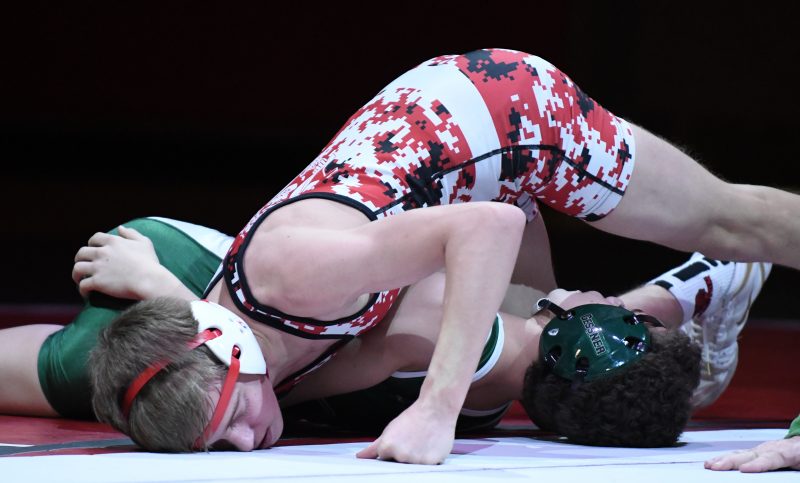