Keep your loud chewing and pen-clicking to yourself, please 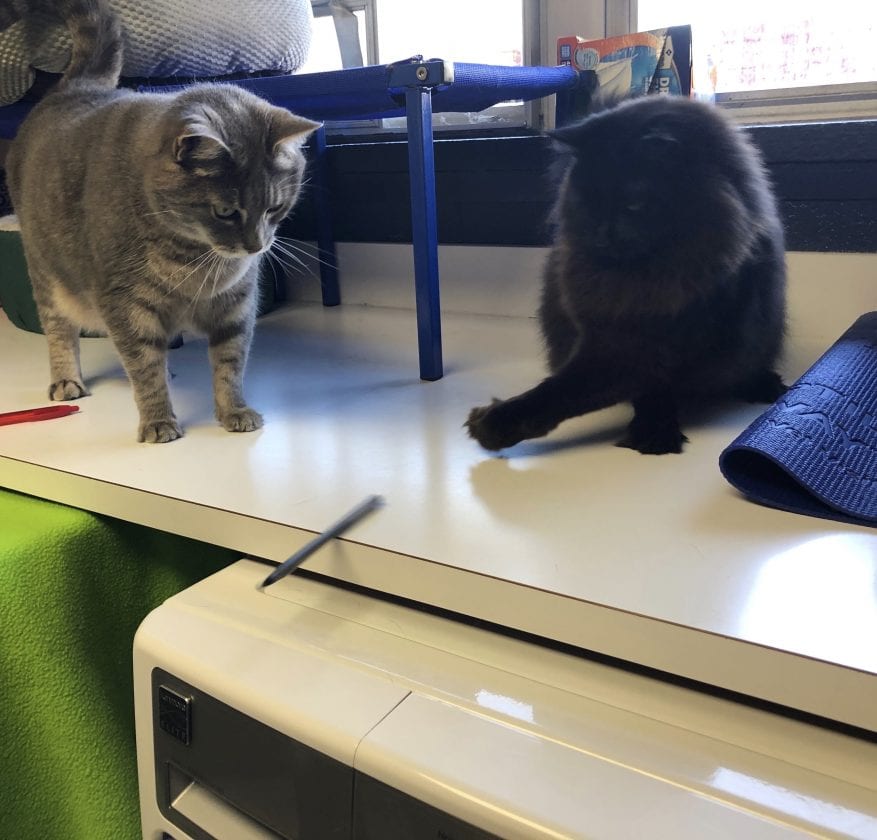 Perusing my Apple News feed, I came across an article that caught my eye, entitled, “Being annoyed by noisy chewing is a genuine psychiatric disorder.” It featured a couple of grotesque photos of people stuffing way too much food in their mouths.

Who wouldn’t be annoyed by this? Seriously — a genuine psychiatric disorder? They hooked me, and I read it to its end. This article went on to assert that if sounds like someone chewing loudly, slurping their food, breathing noisily or repeatedly clicking a pen irritate you to the point of wanting to either leave immediately or do violence to the person making the sound, you may suffer from a disorder called “misophonia.”

The author referenced a study published in 2017 that collected survey answers, physiologic data and MRI brain studies from misophonia sufferers and compared these to a control group of individuals, when presented with a variety of common noises. I actually looked up the study and read it, too. The study found that the misophonia group had very different scores on all accounts than the control group, and so concluded that the disorder is not, in fact, caused by abnormal or hypersensitive hearing, but rather, a brain abnormality.

The news article piqued my curiosity, and also made me feel piqued, mainly because the noises mentioned are, well, super annoying. Seriously, in which social circles is loud chewing and lip-smacking at the table an acceptable behavior?

Okay, I concede that when one is feeding a baby, any amount of noisy chewing, lip-smacking or even the making of yummy noises is actually adorable. And the cacophony of munching I hear twice a day when all five dogs and the cat are happily consuming their meals honestly warms my heart. But if you’re more than 4-years-old and not an animal, loud chewing or making other noises while eating is just weird. And gross.

Further, I am reminded of an occasion when one of the technicians at my office became so aggravated by the repetitive pen clicking of a salesman standing at the front desk, that she took his pen and told him to get out. The receptionist standing with her at the time said she was glad it had ended that way, as she was preparing to slap the guy. I’m just grateful I wasn’t there — just imagining the fast, incessant clicking of a pen makes my blood pressure and heart rate increase along with my ire. Pen clickers, finger drummers and nose whistlers, beware.

I posit that the difference between being a misophonia sufferer and a normal person is context-dependent. That is, if you are annoyed by loud chewing in a quiet restaurant, you are normal. If you are annoyed by loud chewing at an outdoor carnival, you’re probably misophonic. If hearing someone breathe noisily behind you in a dark, deserted alley is disturbing to you, you are normal. If noisy breathing at the gym rankles you, you probably suffer from misophonia.

Conversely, some individuals who produce repetitive noises or behaviors are the ones with a problem — and it’s perfectly normal for others to be annoyed by this and want to make it stop.

Pet owners come to me every day with concerns about repetitive behaviors and unusual noises made by their animals, and I must employ my experience and diagnostic acumen to determine the cause and devise a solution. Some of these cases can present challenging mysteries, to be sure, since unusual behaviors can mean many different things.

For instance, lip smacking in conjunction with eating is considered normal, but at other times may be a sign of illness, discomfort or anxiety. A cat that’s drooling and smacking its lips might be nauseated or ravenously hungry, may have just taken a bite out of a peace lily (toxic, burns the mouth) or partially swallowed a plastic bag. Of course, it could have a painful, infected tooth… or rabies.

Right, and that’s why consulting a veterinarian about a pet’s strange, new annoying behavior is a good idea. We know stuff, and we are problem-solvers by nature.

If you come to see me, though, be forewarned: My staff will confiscate all clicky-top pens in favor of the twisty-bottomed variety to protect my sanity.