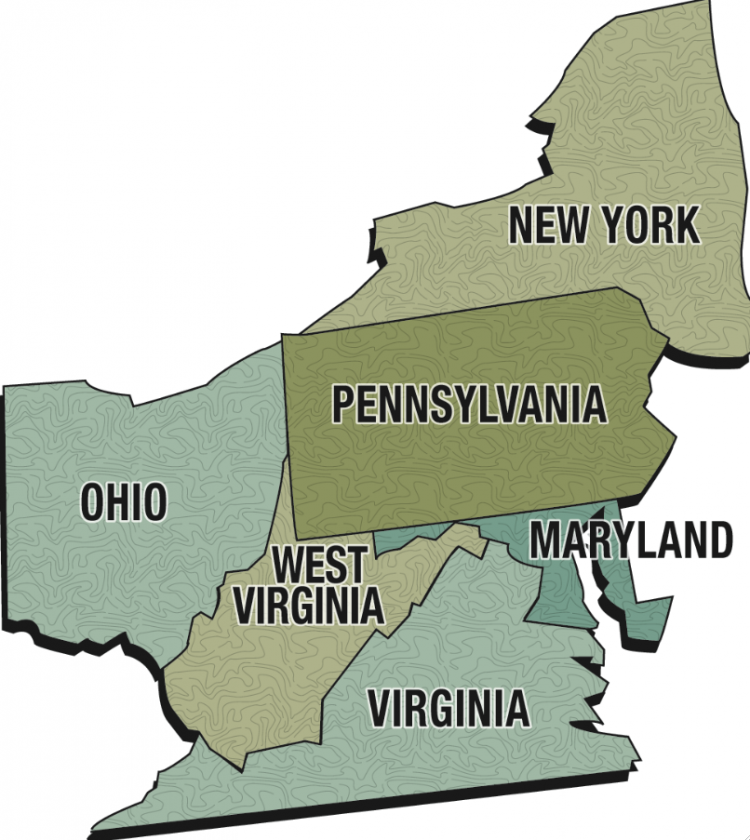 While the national toll for deaths related to CVOID-19 eclipsed 100,000 last week, states across the country currently find themselves in various stages of their respective reopening plans, which has proven to be a sign of optimism from local leaders that the outbreak is trending in a positive direction.

The Keystone State, for one, is in the process of reopening based on positive case numbers, which are still high in more densely populated regions. Gov. Tom Wolf’s color-coded reopening plan consists of red, yellow and green phases.

Jeff Kotula, president of the Washington County Chamber of Commerce, said that if businesses want to move into the green phase, the social distancing measures and “healthy practices” that they’ve been maintaining the last two months will need to continue. He said customers will want to feel safe when they begin patronizing businesses again.

“We understand that businesses, especially small businesses, are eager to reopen and welcome their customers back,” Kotula said. “And while that is the ultimate goal, we have counseled our businesses to open based upon customer demand for their products and services. This may take some time as customers need to feel safe to patronize businesses again, but it will be beneficial to both the business and customers in the long-term.”

Virginia is in phase 1 of its “Safe at Home” plan, which means that retail stores can open with restrictions, restaurants may open for outdoor seating or takeout, and beaches may be used for exercise or fishing. Childcare facilities may open and churches may operate at 50 percent capacity. Salons and barbers may also open by appointment, with social distancing and sanitization protocols in place.

“For hairstylists, if we’re not behind the chair, we don’t make money,” said Kelly Degear, owner of Village 9 salon in Leesburg, Virginia. “We’ve been without income since March.”

Degear said she planned to open her salon this past Friday. It will be much slower than they’re used to working, she said, as only one client per stylist can work at a time.

“We want to work but we have to make sure we’re being safe about it,” she said.

Businesses across the Buckeye State have reopened via the “Responsible RestartOhio” plan, and Gov. Mike DeWine lifted the mandatory stay-at-home order May 19.

On May 26, gyms and fitness centers were allowed to reopen and baseball and softball teams will be allowed to play, as long as they follow guidelines set by the Ohio Department of Health.

Child care providers and day camps may reopen May 31 with reduced numbers of children. Catering and banquet facilities may open again on June 1 and are limited to 300 guests with similar guidelines to restaurants.

Justin Phillips, owner of Six More Miles Tattoo Saloon in Norwalk, Ohio, said when his shop was shut down, he received no government assistance, so he welcomed the ability to reopen with open arms.

“It’s a breath of fresh air and a relief,” he said. “We needed this, our families needed this. Every business needs to do their part to make sure this doesn’t happen again.”

The state’s five casinos are allowed to open this Friday. Over this past weekend, pools, limited video lottery operations and other businesses saw their first opportunity to open since March.

Also last week, museums and visitor centers could reopen, along with state park cabins and lodges – for in-state visitors only – and bars, with capacity reduced by 50 percent.

Wayne Waldeck, co-owner of the Blennerhassett Hotel in downtown Parkersburg, West Virginia, said the lounge opened Thursday to go along with indoor dining, which resumed with a reduced capacity and tables spaced so that chairs were 6 feet apart when pulled out.

Waldeck said he’s been surprised with the amount of customers they’ve seen since reopening, which he attributes to safety practices like servers wearing masks and gloves. A different employee clears the table or, if that’s not possible, the server puts on an additional pair of gloves “so there’s never any cross-contamination,” he said.

“People are bringing (older) mothers and fathers in because … they feel safe,” Waldeck said.

The hotel has been offering outdoor dining for weeks, and it remains popular with the weather warming up, Waldeck said. But he noted cooler temperatures didn’t exactly discourage people either.

“It was colder than blazes a couple nights but … people just wanted to get out,” he said.

While the hotel side of the business took a hit when travel restrictions were in place, Waldeck said they’ve recently had guests from Pittsburgh, Pennsylvania and Cleveland and Columbus in Ohio spending Friday and Saturday nights.

“On the weekend, we’re really booking up,” he said, suggesting the lack of a high number of cases in Wood County, West Virginia, may make people feel better about traveling to the area. “We’ve been delighted.”

When Waldeck and Lee Rector announced their purchase of the hotel last fall, they highlighted plans to establish a world-class spa at the site.

“We were all ready to go” when the pandemic started slowing and shutting activity down, he said. “Now that we’re reopened, it’s back on the front burner.”

With the exception of New York City, the rest of New York has entered Phase 1 of reopening under statewide guidelines, allowing non-essential businesses in the fields of construction, agriculture, manufacturing and wholesale trade to resume operations.

Retail activities are limited to pick-up and drop-off. The state has issued mandatory guidelines and recommended best practices for all of the affected businesses.

The western region of the state is expected to enter Phase 2 on Tuesday, which will allow retail establishments to open with limits on occupancy, along with professional and administrative services, real estate and rental and leasing, said Todd Tranum, president and CEO of the Chautauqua County Chamber of Commerce.

“It’s really important to our economy and to our workforce to get folks back into the workplace and getting money circulating back into the economy,” he said.

Chautauqua County’s unemployment rate jumped from 6.1 percent in March to 15.5 percent in April as businesses reduced services or closed down as part of efforts to prevent the spread of the coronavirus.

Phase 1 allowed the county’s largest private employer, the Cummins Engine Plant in Jamestown, to start increasing its capacity again. This week, it’s hoped smaller businesses like Dot’s Gift Boutique and a variety of music shops can welcome customers back inside, Tranum said.

Like other states, New York’s continued reopening is contingent upon positive trends in infection and hospitalization rates. Tranum said businesses and customers must remain diligent with safety precautions to make that happen.

“We cannot afford to slip back,” he said.

Twenty-three of 24 counties in Maryland have entered or announced plans to enter Stage One of the “Maryland Strong: Roadmap to Recovery.” That includes resuming outdoor dining and other outdoor activities like youth sports, day camps and pools, while continuing to follow public health guidance.

The statewide guidelines are being implemented on a community-by-community basis, according to a recent news release from Gov. Larry Hogan, who warned that COVID-19 “is still very much a deadly threat, and our responsible behavior is absolutely critical in the continued efforts to defeat it.”

If positive, data-based trends continue, Hogan said the state will be poised to move on to Stage Two, which involves lifting the executive order that closed non-essential businesses.