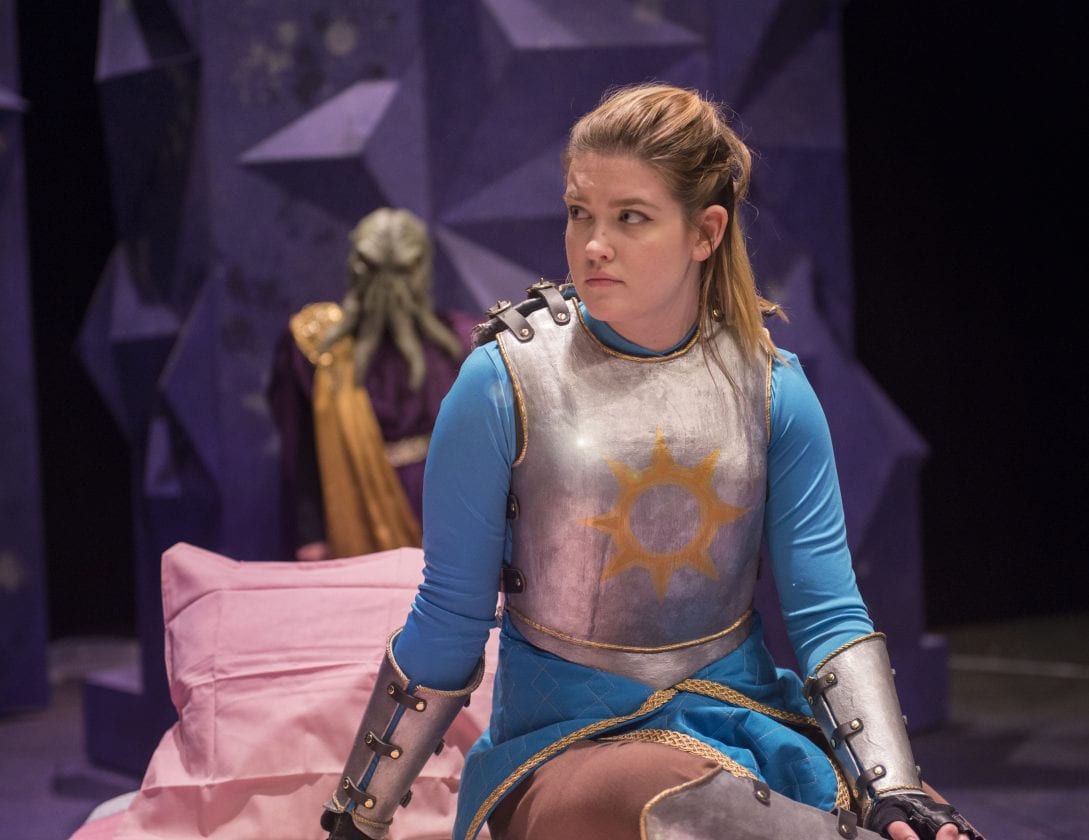 UNIVERSITY PARK — Despite its title, “She Kills Monsters” is really not that foreboding. It’s really a comedic romp into the world of fantasy role-playing games.

The show opened Oct. 8 and will continue to run through Oct. 17 at PSU’s on-campus Playhouse Theatre.

Following the Off-Centre production of “Hooded, or Being Black For Dummies,” “She Kills Monsters” is the first Penn State Centre Stage show of the 2019-20 season.

When Agnes stumbles across Tilly’s “Dungeons & Dragons” notebook, she is thrust into a journey of discovery and action-packed adventure in the imaginary world that was Tilly’s refuge.

As Agnes does so, she better understands and discovers the shy sister she never really knew.

“It even took two directors to bring it together,” he said.

Cheri Sinclair, Centre Stage’s marketing director, notes that this high-octane production has a running time of approximately 90 minutes and is played without intermission.